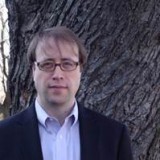 Jim Gifford is Editorial Director, Non-Fiction, for HarperCollins in Toronto, and has been with the company since 2004. He has acquired and edited Canadian and international bestsellers and award winners by authors such as Theo Fleury, General Rick Hiller, Dr. Marla Shapiro, Linden MacIntyre, Andrew Westoll, Mellissa Fung, Raj Patel, Georges St-Pierre, Taras Grescoe, Kamal Al-Solaylee, Tim Flannery, Alan Weisman and Lloyd Robertson, among many others. He was a finalist for CBA’s Libris Award for Editor of the Year in 2012 and is the author of Hurricane Hazel: Canada’s Storm of the Century.