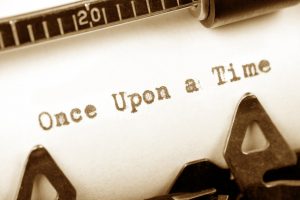 Founded in 1921 by Stephen Leacock, Pelham Edgar, B.K. Sandwell, John Murray Gibbon (who became its first president), and other prominent writers of the time, to lobby for the protection of authors’ rights, the Canadian Authors Association has continued to pursue this objective to this day. Instrumental in the 1924 copyright legislation, the Association began pressing for a new Copyright Act in the 1980s.

We also continue to participate in the national organizations we helped create to ensure that Canadian writers retain rights to their intellectual property and are paid for the use of their works. These organizations include Access Copyright, the Book and Periodical Council, the Canadian Copyright Institute, the International Authors Forum, and the Public Lending Right Commission.

1932
Helped create The Canadian Writers’ Foundation to provide financial assistance to indigent authors and their families. This charitable foundation continues to help eminent Canadian writers who have fallen on hard times.

1936
Founded the Governor General’s Literary Awards. (In 1959 the Awards were turned over to Canada Council and continues to provide recognition to outstanding Canadian authors.)

1940
Published Canadian Author & Bookman, originally founded in 1919 as The Canadian Bookman (Canadian Poetry was incorporated in 1968, and the publication became simply Canadian Author with the Fall 1992 issue. Publication was suspended in 1998.)

1946
Originated the first standard book contract to protect authors’ rights in negotiations with publishers. Also began a campaign to bring a Public Lending Right program to Canadian authors. Other Canadian writing groups joined the campaign, and the PLR program was finally created in 1986.

1957
Successfully lobbied to have Canada join the Universal Copyright Convention. This convention continues to protect writers whose countries are signatories.

1962
Published the first edition of The Canadian Writer’s Guide (13th edition published in 2002).

1963
Established the Vicky Metcalf Awards for children’s literature (suspended in 2002; currently administered by the Writers’ Trust of Canada).

1968
Established the Allan Sangster Award for meritorious service to the Canadian Authors Association (only members are eligible).

Member Login
You may use the email address on your account to login.