Congratulations to all five finalists of the Fred Kerner Book Award: 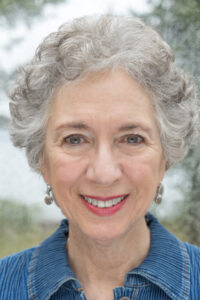 Ontario-based JC Sulzenko writes either under her own name or as A. Garnett Weiss. Her poems appear in journals and anthologies, online, and in two collections: Bricolage: A Gathering of Centos (2021, Aeolus House), and South Shore Suite…POEMS (2017, Point Petre Publishing.) Her work featured in Vallum: Contemporary Poetry, the Naugatuck River Review, Silver Birch Press, The Light Ekphrastic, and in the Poet’s Pathway, Art of Conversation and County CollAboRaTive projects. JC won the Wind and Water Writing Contest and the WrEN award (Children’s Poetry). Her centos took top honours in The Bannister Anthology. JC curates “Poetry Quarter”(Glebe Report) and serves as a selector for bywords.ca. 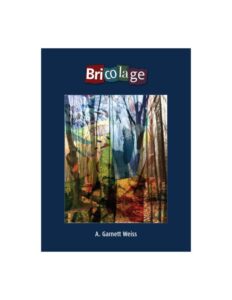 “Bricolage is a clever demonstration of the cento form in which poems are made out of lines found in other works. These carefully and attentively constructed works create new, multi-coloured and sumptuous tapestries that hold up to scrutiny and, to switch metaphors, echo with a chorus of voices from Canada and beyond as well as across time. This collection is an intriguing feat well worth delving into first to experience each poem in its own right and then to indulge in the enjoyment of discovering each line’s provenance.”

“A paean to the intoxicating power of not only the written word, but also of “borrowed” words, Bricolage is a singular triumph of centos—new poems created from other poets’ verse. Written over the course of a decade, these affecting, absorbing homages are a double-delight: first as cerebral, many-layered musings on both the fragility and resiliency of the human condition astride space and time, and second as a chance to honour the brilliance of the original works.” 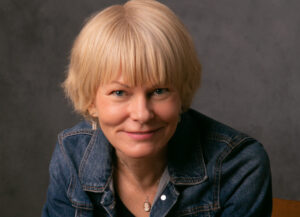 Catherine Graham is a poet, novelist and creative writing instructor. She is the author of six acclaimed poetry collections, including The Celery Forest, a CBC Best Book of the Year and finalist for the Fred Cogswell Award for Excellence in Poetry. Her Red Hair Rises with the Wings of Insects was a finalist for the Raymond Souster Award and CAA Poetry Award and her debut novel, Quarry, was a finalist for the Sarton Women’s Book Award for Contemporary Fiction and Fred Kerner Book Award and won the Miramichi Reader’s “The Very Best!” Book Award and an Independent Publisher Book Awards’ gold medal for Fiction. She holds an MA in creative writing from Lancaster University (UK). Her poems have been translated into Greek, Serbo-Croatian, Bangla, Chinese and Spanish and have appeared internationally. She teaches creative writing at the Uni­versity of Toronto where she won an Excellence in Teaching Award. A previous winner of the Toronto International Festival of Authors’ Poetry NOW competition, she cur­rently leads their monthly book club. Visit her online at www.catherinegraham.com and @catgrahampoet.

“Aether entwines in poetry as well as prose a deeply explored experience of surviving life and death as a daughter and as an adult. This book-length poetic essay gifts us with a personal account of the precious mundanities of healing along with the guilt and joy of being alive longer than our parents. With poetic delicacy counterpointed by plain speaking, Aether never shirks from the realities we must all face if we are to see the experience of living through to the end.”

“A poignant, arresting mix of hauntingly beautiful poetry and prose, Aether is an ode to family, grief and long-buried secrets; a contemplation on love, loss, longing and healing; and a stingingly real portrayal of survivor guilt. A compelling and profoundly moving journey through the simple joys of family ties that bind and the insidiousness of cancer and death that tear them apart, this indelible must-read masterfully captures the heart and then resonates long after in the mind and the soul.”

Geoff Inverarity, Vancouver, BC
All the Broken Things
(Anvil Press) 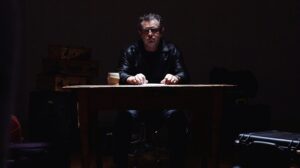 Born in Edinburgh, Scotland, Geoff Inverarity writes poetry for people who don’t like poetry (and those who do). He received his PhD in English Literature from Queen’s University, Kingston, and settled permanently on the West Coast in 1984. He’s produced and written a number of award-winning short films, taught Literature and Creative Writing at the University of British Columbia, and has also won awards for his screenplays, poetry, and non-fiction prose.  He’s the founder of the Gulf Islands Poetry Festival, one of the founding members of the Gulf Islands Film and Television School, and is currently the Director of the Galiano Island Literary Festival. All the Broken Things (Anvil Press, 2021) is his first collection of poetry. 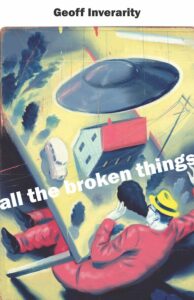 “All the Broken Things is a collection of poetry that doesn’t so much make sense of the world as scrutinize the nonsensical and display it in all its disordered and sometimes gorgeous complexity. From the atomic to the galactic, these poems help us celebrate the oddity, difficulty and marvel of human existence now and through the centuries. The wide-ranging subject matter and diversity of style make for an accessible and engaging collection full of surprises.”

“All the Broken Things is an original and sublimely startling rumination on what it means to be human in all its heartbreaking and complicated beauty, in years gone by, now and beyond. This debut poetry collection mesmerizes with its refreshingly unexpected take on life, death, grief, relationships, illness, aging, history, family and yearning—a stirring revelation of the both the current brokenness of things and the unyielding power of hope.” 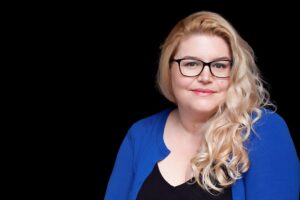 Christina Myers is a writer, editor, and former journalist. Her novel, The List of Last Chances, was recently longlisted for the Leacock Medal literary award (winner to be announced in fall 2022.) She was also the editor of the award-winning anthology BIG: Stories about Life in Plus-Sized Bodies. She teaches an introductory course in creative non-fiction at SFU’s continuing studies creative writing department, and will begin teaching a fiction course there starting in October 2022. She is currently at work on her next projects, including a novel and an essay collection. She is also the co-host of an ongoing reading series called “Words in the Burbs” and lives in Surrey, BC. 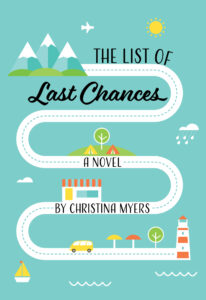 “The List of Last Chances takes us on a journey across Canada and right into the hearts of engaging characters who are navigating the next stage of their lives. This highly readable novel is written with a warmth that’s often poignant and a humour that’s sometimes frank and always truthful. This book may just leave readers reaching for a map app ready to plan their own road trip, whether literal or figurative.”

“A buoyant and memorable coast-to-coast voyage of discovery, The List of Last Chances soars as a humorous, clever and heartfelt examination of the push and pull of family, the joys of unexpected friendship and the unrivalled thrill of second chances—in love and in life. Decidedly relatable and witty, and deliciously escapist, this original novel of changing lanes, literally and metaphorically, charms and entertains from the very first page.” 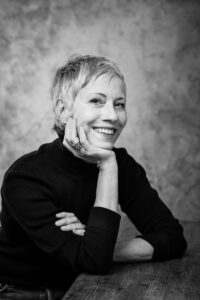 Susan Olding’s debut collection, Pathologies: A Life in Essays, was selected by 49th Shelf and Amazon.ca as one of 100 Canadian books to read in a lifetime. Her newest book is Big Reader: Essays. Her essays, fiction, and poetry appear widely in literary journals and anthologies throughout North America, and her work has won a National Magazine Award, the Edna Staebler Prize for the Personal Essay, and other honours. She holds an MFA from the University of British Columbia and is currently pursuing a doctorate in Cultural Studies at Queen’s University. She lives in the traditional territories of the Lekwungen and W̱SÁNEĆ peoples, in Victoria, British Columbia. 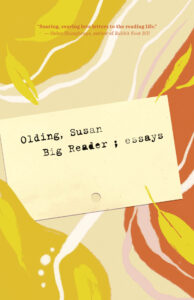 “Big Reader is an exquisitely written collection of essays in which a vital passion for reading forms a mesmerising accompaniment to the author’s exploration of an understanding of self, the ebb and flow of relationships and the cruelty of disease and death. Each essay takes a unique form that fits its theme with elegance and meaning. The joy of language bubbling out of each paragraph makes this book a masterful and much recommended delight.”

“An achingly honest and engaging collection of personal essays, Big Reader entices and lays bare the complexities, pleasures and challenges of life, seamlessly weaving together stories of love, memory, aging, medicine and science, reading and literature, history, loss and deceit with an enduring zeal and gratitude for the unparalleled power of words. With the ability to move, heal, illuminate, empower, destroy and uplift, Olding has revealed the limitless capacity of human communication and the sensuousness of language, simultaneously a place to lose and find oneself.”