The winners will be announced at our annual literary awards dinner and gala held in Toronto on June 24, 2017.

Gail Anderson-Dargatz for The Spawning Grounds (Alfred A. Knopf Canada)

Gail Anderson-Dargatz, whose fictional style has been called ‘Pacific Northwest gothic’ by the Boston Globe, has been published worldwide in English and in many other languages. A Recipe for Bees and The Cure for Death by Lightning were international bestsellers, and were both finalists for the prestigious Giller Prize in Canada. The Cure for Death by Lightning won the UK’s Betty Trask Prize among other awards. Both Turtle Valley and A Rhinestone Button were national bestsellers in Canada and her first book, The Miss Hereford Stories, was short-listed for the Leacock Award for humour.

Madeleine Thien for Do Not Say We Have Nothing (PenguinRandomhouse)

Madeleine Thien is a Canadian short story writer and novelist. She was educated at Simon Fraser University and the University of British Columbia. In 2001 Madeleine was awarded the Canadian Authors Association Air Canada Award for most promising writer under age 30. Thien’s first book, Simple Recipes (2001), a collection of short stories, received the City of Vancouver Book Award, the VanCity Book Prize and the Ethel Wilson Fiction Prize. Her novel, Certainty, won the Amazon.com / Books in Canada First Novel Award and was a finalist for the Kiriyama Prize. 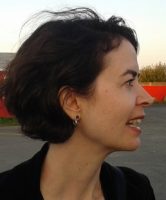 Alissa York’s internationally acclaimed novels include Mercy, Effigy (short-listed for the Scotiabank Giller Prize), Fauna and, most recently, The Naturalist. York is also the author of the short fiction collection, Any Given Power, stories from which have won the Journey Prize and the Bronwen Wallace Award. Her essays and articles have appeared in The Guardian, Brick magazine, Canadian Geographic and elsewhere. York has lived all over Canada and now makes her home in Toronto with her husband, artist Clive Holden.

Juliane is also a Liu Scholar at the Liu Institute for Global Issues and a Poetry Ambassador for the City of Vancouver, working under the auspices of Vancouver Poet Laureate Rachel Rose. She is completing her dissertation at UBC in the department of Interdisciplinary Studies Graduate Program. She lives and loves in Vancouver.

Johanna Skibsrud for The Description of the World (Wolsak and Wynn)

Johanna Skibsrud is the author of two previous collections of poetry, I Do Not Think that I Could Love a Human Being and Late Nights With Wild Cowboys; two novels, Quartet for the End of Time and the 2010 Scotiabank Giller Prize–winning novel The Sentimentalists; and the short fiction collection This Will Be Difficult to Explain and Other Stories. An Assistant Professor of English at the University of Arizona, Skibsrud and her family divide their time between Tucson and Cape Breton.

D.S. Stymeist has published poetry in The Antigonish Review, Prairie Fire, Dalhousie Review, Steel Chisel, Ottawater, and ByWords. His work was featured as the Parliamentary Poet Laureate’s Poem of the Month (February 2015), and he was short-listed for Vallum’s 2015 poetry prize. He currently teaches poetics, Renaissance drama, and aboriginal literature at Carleton University in Ottawa. He grew up as a resident of O-Pipon-Na-Piwin Cree Nation, is the editor and founder of the micro-press Textualis, and is the current vice-president of VERSe Ottawa.

Charlotte Gray for The Promise of Canada (Simon & Schuster Canada) 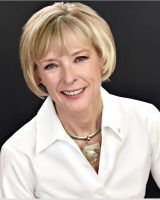 Charlotte Gray is the author of ten acclaimed books of literary non-fiction, including The Massey Murder and Gold Diggers, Striking It Rich in the Klondike. Charlotte’s 1999 bestseller Sisters in the Wilderness was named as one of the 25 most influential Canadian books of the past 25 years by the Literary Review of Canada. Born in Sheffield, and educated at Oxford University and the London School of Economics, Charlotte worked as a political commentator, book reviewer and magazine columnist before she turned to biography and popular history. An adjunct research professor at Carleton University, in Ottawa, she is a member of the Order of Canada and lives in Ottawa.

Peter C. Newman has been writing about Canadian history and politics for half a century. His previous works include the bestselling history of the Hudson’s Bay Company, Company of Adventurers, as well as books on prime ministers John Diefenbaker, Lester B. Pearson, Pierre Elliott Trudeau, and Brian Mulroney. A former editor-in-chief of the Toronto Star and Maclean’s, Newman has won a half dozen of the country’s most illustrious literary awards, including the Drainie-Taylor Biography Prize for his memoir, Here Be Dragons: Telling Tales of People, Passion and Power. He is a Companion of the Order of Canada. Newman lives in Belleville, Ontario.

Jane Urquhart for A Number of Things (HarperCollins Canada)

Jane Urquhart was born in the far north of Ontario. She is the author of eight internationally acclaimed novels, among them The Underpainter, winner of the Governor General’s Award and a finalist for the Orange Prize; Away, winner of the Trillium Book Award; and The Stone Carvers, a finalist for the Scotiabank Giller Prize, the Governor General’s Award and the Man Booker Prize. Her work, which is published in many countries, has been translated into numerous languages. She is a chevalier dans l’Ordre des Arts et des Lettres in France and is an Officer of the Order of Canada. Urquhart lives in southeastern Ontario with her husband, artist Tony Urquhart.

Eva Crocker’s stories have been published in Riddle Fence, The Overcast, and The Telegram’s Cuffer Anthology. Barrelling Forward was shortlisted for the 2015 RBC Fresh Fish Award for Emerging Writers. Crocker recently completed a Master’s Degree in English Literature at Memorial University.

Richard Kelly Kemick is an award-winning Canadian writer. His debut collection of poetry, Caribou Run, (2016, Goose Lane Editions) was included as a one of CBC’s fifteen must-read poetry collections. His work has won national awards, including a National Magazine gold medal, and has been accepted into Best Canadian Essays (2016) among other Canadian and British anthologies. Richard currently lives in Calgary.

Maria Toorpakai is a professional squash player, currently ranked as Pakistan’s top female player and 48th in the world. As a child growing up in a highly conservative tribal area of Pakistan where girls’ involvement in sport was forbidden by the local Islamic culture, Toorpakai trained and competed as a boy in Peshawar. Toorpakai currently resides and trains in Toronto, under former professional squash player Jonathon Power. The author lives in Toronto.

Debra Komar is the author of The Ballad of Jacob Peck, The Lynching of Peter Wheeler, and The Bastard of Fort Stikine, which won the 2016 Canadian Authors Award for Canadian History. A Fellow of the American Academy of Forensic Sciences and a practicing forensic anthropologist for over twenty years, she investigated human-rights violations for the United Nations and Physicians for Human Rights. She has testified as an expert witness at The Hague and throughout North America and is the author of many scholarly articles and a textbook, Forensic Anthropology: Contemporary Theory and Practice. 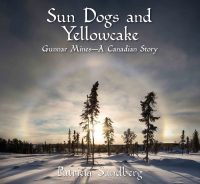 Patricia was born in southern Saskatchewan, lived as a baby in a tent-house, and grew up at a uranium mine. Passionate about volunteering and the environment, in her career as a former securities and mining lawyer in Vancouver, she acted for mining companies with operations around the world. 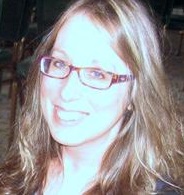 Margo Wheaton is a New Brunswick–born poet currently living in Halifax. Her poems have appeared in publications including Undercurrents: New Voices in Canadian Poetry, Poet to Poet and Landmarks: An Anthology of New Atlantic Canadian Poetry of the Land, and in periodicals including The Fiddlehead, PRISM, CV2, Event, Prairie Fire and The New Quarterly. Her essays and reviews have been found in The Globe and Mail, The Antigonish Review, The Coast and the Guernica Series on Writers.