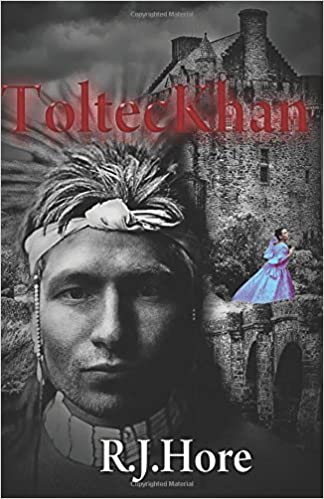 Fergus, appointed Interrogator for the god Tezcatlipoca in England with the mandate to suppress or convert the native Christians, must find a way to work with the local priests of Tezcatlipoca and that god’s rival, Quetzalcoatl. With mounting feelings for Rowena, he finds himself caught in a delicate balance as a go-between for the people trapped in the fort, and the rebel forces surrounding them while fending of his family. Captain Mixcoatl’s loyalty is torn as his best friend throws in with the desperate governor and his scheme to turn the Toltec province into an independent kingdom. Outnumbered and beset, Mixcoatl must once again look to the sly King of Gwynedd for assistance to raise a force to save England and the life of his pregnant wife. But paying his price might be more costly than surrendering to the rebels. Rowena,maid to Captain Mixcoatl’s wife, finds herself on the parapet with her mistress staring down at a rebel army. Facing the final assault with a group of women and children, she must fight to save both their lives as the rebel forces break down the last barriers. The fate of the Island Colonies hang in the balance, and three lives draw even closer, as forces clash over who will rule the overseas jewel of the Toltec Empire.

The men along the fort’s wall gave another loud cheer. Trumpets answered from the rebels and their cavalry charged, followed by the men on foot carrying ladders.

The Toltec troopers on the wall opened fire. The cavalrymen below raised their short guns to return the salute, and shot whistled overhead like a flight of angry insects.

“Difficult to aim and fire from a charging horse,” Bright Macaw commented casually. “Especially at this range.”

Rowena took her first shot, holding the weapon like Lady Macaw did, felt the butt of the gun recoil against her shoulder, and staggered back. She blinked and peered around the edge of the parapet. She had no idea if she hit anyone.

“Keep your head down,” Bright Macaw warned. She aimed at another rider. “And don’t forget to reload.”

Rowena flexed her bruised shoulder, rested the gun on the wall, closed her eyes and fired again. All around them men shouted orders. There seemed a concentration of junior Toltec officers hovering on either side of them. The noise came close to deafening, and the smoke from the guns hung over the wall in the still air. The mounted men swirled along near the base of the wall, on the slope beyond the outer ditch, trying to distract the troopers above them as the men on foot neared the wall.