Murder on the Disoriented Express (The Housetrap Chronicles Book 8) 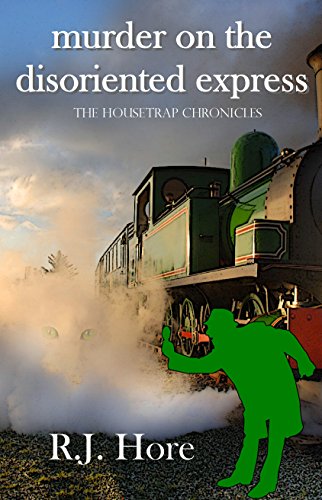 Part of the The Housetrap Chronicles series:
Editions:Paperback
ISBN: 9781771552783
ePub

Eyeball Randy accepts an assignment to escort two harmless elves—an elderly maiden aunt and her niece—across the continent. Seems simple enough. If only…

Private Eyeball, Randy Aloysius, agrees to accompany an elderly elf and her attractive niece on a relaxing train trip across the continent to the wet coast. They seem harmless enough, so what could go wrong?

Well, there’s the obvious murder of a bent politician, throw in a card-playing vampire, a brownie public relations hack, and a grieving widow murder suspect, not to mention other assorted suspicious characters, and someone out of Randy’s past he'd rather not see again.

Then there is the train itself, which may be in serious need of life support. After all, it does have to cross a prairie filled with woolly mammoths and climb treacherous mountains passes where nasty things lurk.