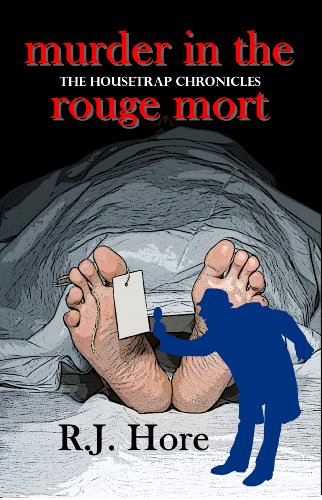 Part of the The Housetrap Chronicles series:
Editions:Paperback
ISBN: 97871551229
ePub

There are some people Randy would really rather forget. Faster Frederica is one of them. She has a nasty reputation and a bad habit of playing with very sharp knives. So what is he to do when she appears in his office and insists on hiring him to find her missing brother, Fast Freddy?

Only it turns out Faster also needs a bodyguard. Apparently there are some dead bodies lying around, the Committee of Public Safety is looking for her, to chat, as well as an assortment of underworld characters.

Randy finds himself caught in the middle of a gang war, and an investigation that leads him into the depths of a dangerous building in search of answers. The usual mayhem ensues.