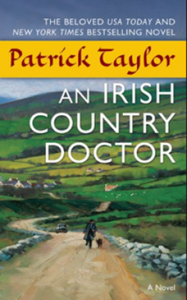 followed by a Q&A

Join CAA-Peterborough in a virtual conversation with the author of the celebrated Irish Country Doctor series of novels.

Patrick Taylor has delighted readers for years with his heart-warming and humourous Irish Country Doctor series.

“Taylor is a bang-up storyteller who captivates and entertains from the first word.”

“Patrick Taylor has become probably the most popular Irish-Canadian writer of all time.”

—The Globe and Mail

Contact Stephen Thompson by November 15 at ptbocaa@gmail.com to reserve your free spot. 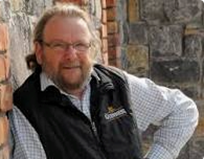 Patrick Taylor, MD, FRCOG, CRCS, was born in 1941, and brought up in Bangor County Down Northern Ireland. He qualified in medicine in 1964 from the Queen’s University of Belfast. He specialised in human reproduction and was lucky enough to be one of the earlier laparoscopists and practitioners of In Vitro Fertilisation. He worked as a division head at two Canadian universities. From 1991 to 2001 he was Head of the department of Ob/Gyn at Saint Paul’s Hospital Vancouver before retiring as Professor Emeritus at the University of British Columbia in 2001.

During his academic career he published more than 100 research papers and co-authored six medical text books. For ten years he was editor in Chief of the Canadian Journal of Obstetrics and Gynaecology He is the recipient of three lifetime achievement awards for his scholarly contributions. On a lighter note he was a regular medical humour columnist for two medical journals and contributed sailing humour to Pacific Yachting and 48° North

Since retirement Forge, an imprint of MacMIllan, has published two collections of his short stories, two thrillers, and fifteen novels in the Irish Country Doctor series, six of which have been New York Times best sellers and all of which have made the Globe and Mail Canadian authors best seller list, Country Christmas—reaching the number one spot in 2009.

He and his wife, award winning artist Dorothy Tinman, moved to Saltspring Island in 2010. He is the father of two adult children and has one grandson.