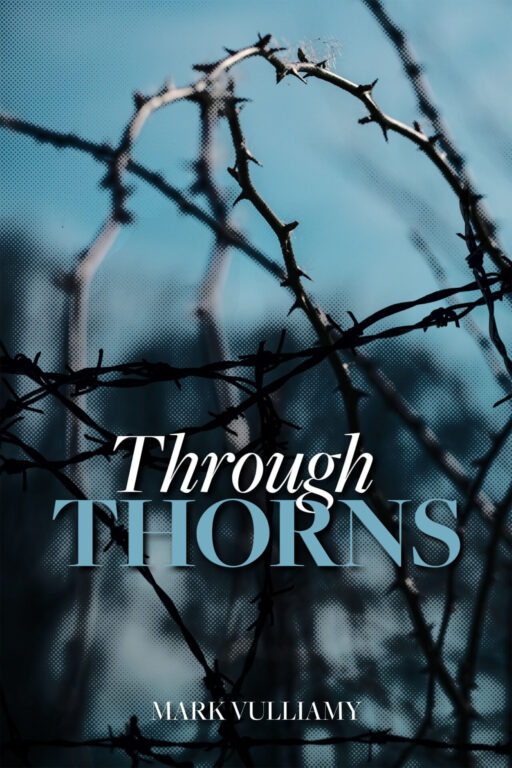 THROUGH THORNS intertwines past and present narratives to tell the story of Sandra Jennings, member of the “Berkman Brigade” – an early 1980s political activist group. Arrested for terrorism and murder, Sandra is betrayed by one of her communards, put on trial and sentenced to life imprisonment. Released on parole 25 years later she encounters her fellow revolutionaries in much changed circumstances. None are willing or able to give Sandra the help she needs. Struggling to overcome setbacks from abusive authorities, religious zealots, petty thieves and property developers, she soon becomes homeless. Then a chance encounter with a used books store and its eccentric owner helps Sandra put her life back together on a more secure footing.

He still hasn’t noticed me when he reaches his car. He unlocks the door and throws his briefcase behind the driver’s seat. Sensing my presence, he’s startled by my proximity. At that moment, the plan that was brewing somewhere beneath the limen of consciousness comes to the surface of my mind in crystal intent. I draw the pistol from my purse.

Keeping the gun low and close to me, I say in a shaky voice: “Give me the keys, Edwards. Then get in.”

The prosecutor complies, but with no visible sign of fear. I’m vaguely disappointed but waste no time in circling the car and unlocking the passenger door.

“Okay, drive,” I say, sliding into the front seat. I hand him back the keys. He glances at me and lets his eyes slide down to take in the gun I’m now holding in both hands. Weighing the odds and evidently deciding against taking a risk, he turns on the motor.

“Don’t drive too fast or too slow. Whatever happens, do not stop or you’ll be very sorry.” Honest to God, that’s what I say. Too much television I guess. 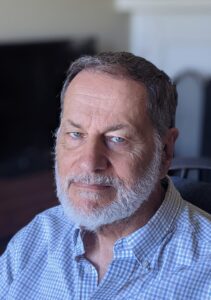 Born in Vancouver, Mark Vulliamy has resided in that city ever since. In his 20s he lived in a series of communal houses while writing plays and acting in mainly grant-funded theatre companies. Eventually he drifted into job security and a steady income within municipal government, initially as a community centre programmer. While working ‘out in the field’ he completed a Masters degree in sociology, then pivoted into a civic management position, where he wrote policy, planning, land acquisition and other reports to inform Council and Board deliberations. Now in retirement he has reverted back to writing more explicit forms of fiction, mainly plays and short stories. Through Thorns is his first novel.