Volume 1 of The International House of Vampires 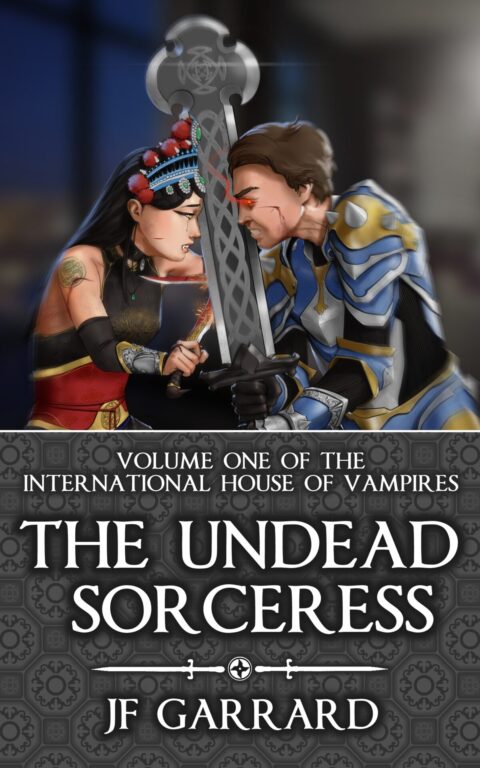 Ever since Tamara became a vampire, things have gone downhill. Her grandmother runs off with her daughter’s soul and her husband thinks she is going crazy. Caught in the middle of a war between vampires, sorceresses and warlocks, she discovers an alternative history to the world she thought she knew.

Meanwhile, strange jiangshi corpse zombies and other supernatural creatures start attacking civilians across the globe. Magic appears to be making a comeback, threatening the modern civilization which the vampires have built throughout the ages. The timeless battle between good & evil seems to be beginning once again.

As Tamara gathers her courage to hunt down her grandmother, she isn’t sure if she can sacrifice one family member over another. Is it so wrong for grandmother to want to live forever?

This fantasy adventure is a bittersweet tale about dealing with devastating choices, filial responsibilities, betrayal, redemption and finding the strength to carry on when it seems like there is no future.

“Yes and no,” Jia answered. “You are an undead, but because you are alive, you are not really dead. We still have physiological systems that work similar to humans, but we cannot generate chi. Do you know what that is?”

“Yes, chi is a life force generated by living things.” Tamara was thankful for Jia’s soothing effect on her when she realized she had calmed enough not to stutter.

“So the difference between vampires and humans is that we can’t generate our own chi. We have to take it from living things in order to stay alive. We have other abilities such as being able to heal our flesh wounds and move very quickly.”

Jia demonstrated by running around the room so fast that she was a blur and suddenly she was back in her seat again, patiently continuing with her explanations.

“Since the House was established, one of the first laws passed was that we are all to convert to feeding the same way as eastern vampires. All living creatures on this Earth have chi or energy which gives them life. Traditionally, many vampires used to feed on blood to gain chi, however, eastern vampires just fed off chi directly, with no need to kill or gather blood. As long as there is an energy source, vampires can feed off of that and survive.”

"I bought JF Garrard's masterpiece from her Kickstarter campaign because it sounded awesome; I was not disappointed. It is rare nowadays that I read something that I can't put down, or even finish, but The Undead Sorceress captivated me so much that I not only finished it, I read it in one sitting! (Ok, small fib, I actually fell asleep for a short while in the wee hours of the morning, what can I say, I'm middle-aged…)
It is easy to say that someone "redefines" a genre, but I have not encountered such a smart blend of ancient vampires, modern technology, magic and everyday society before. Why mess around with drinking blood when you can nibble on peoples life-force from a bit of distance? (Why do I suddenly feel like someone walked over my grave?) Paranormal investigator looking into a zombie-case? Well, a DNA-swab is still the fastest way to ID the (walking) corpse! Vampires are organized into a world-wide organization (well, the series *is* called "International House of Vampires", duh!) with a Viking king! (I'm not going to say whom, but the pigs would grunt if they knew which hog it is…) Chinese queens, Canadian aboriginals, Egyptian transsexual witches, Russian sorceresses (not the titular one) also play important roles, making the cast anything but monocultured. By the way, who needs telepathy when implanted radio-transmitters work just as good?
In short, a refreshing spin on the vampires in modern society genre, highly recommended! My only problem is that I now have to wait until next year to continue reading…
P.S. If you think vampires should sparkle, go find another book because this one is written by a *good* author!"

"A nice blend of myth and folklore from around the world – and a most refreshing twist on vampire legend – spiced with hints of Asian cinema and anime. Young readers looking to escape the typical vampire-meets-girl, vampire-resists-eating-girl-because-vampire-loves-girl story will take delight in this adventure." 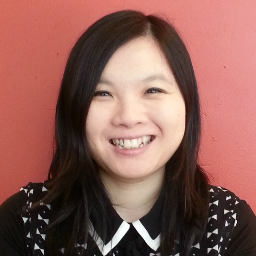 JF Garrard is an award winning speculative fiction writer, editor and publisher. She is the President of Dark Helix Press, serves as the Co-President for the Canadian Authors Association’s Toronto Branch, Festival Coordinator for LiterASIAN Toronto, Deputy Editor for Ricepaper Magazine, and Assistant Editor for Amazing Stories. Her portfolio of books and short fiction is listed on jfgarrard.com and you can find her on Twitter/Instagram @jfgarrard, Facebook @JFGarrardauthor.