The Treasure of Stella Bay 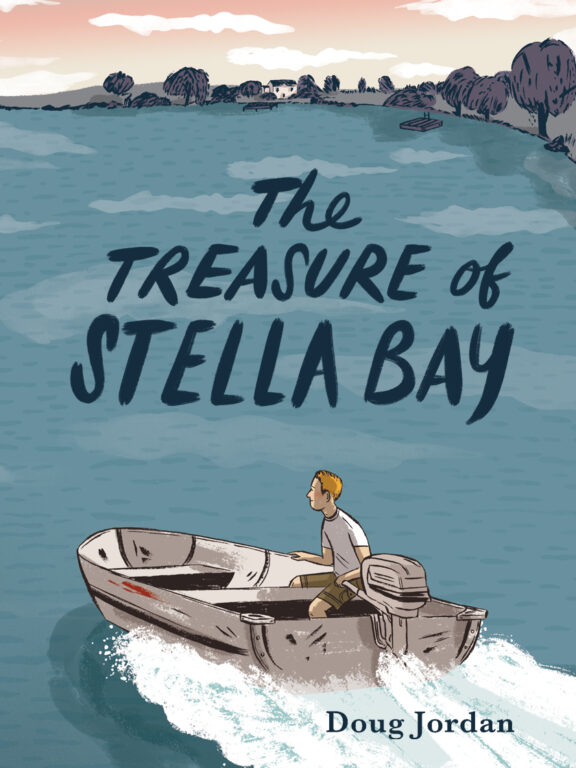 It's 1961. 11-year-old Alex, going on 12, a bit shy, and a little bit anxious, has just moved with his family to the tiny village of Stella on bucolic Amherst Island. Father, Professor Jorgenson, and mother, Victoria, seek a pastoral and gentler life, but Alex was just fine with growing up in Kingston. Now he has to start all over with new friends, new school, new everything. Luckily for him he is self-reliant, resilient, and curious. He doesn't know what leadership is but somehow he attracts followers. And this leads to adventures and discoveries. Anyone who was twelve in the 1960s, or even in the 1980s, or 2000s, will recognize themselves in this book, because the questions and encounters Alex faces are the same for every generation. Who hasn't built a fort to get away from the adults in their worlds? Who hasn't struggled with the uncertainties of that first love? Who hasn't wondered about some mystery from the past?

THE NEW SCHOOL YEAR HAD BARELY STARTED when Victoria decided it was time for the boys to resume their religious education as well.

“I think we should get the boys registered for Sunday School at St. Albans,” she announced at the breakfast table one Friday morning in early September.

Peter wasn’t sure who this remark was intended for, him or the boys, but he had enough experience of Victoria to know that the comment was more rhetorical than open for discussion; she likely had her mind already made up.

Peter doubted the necessity of Sunday School but then, he was an agnostic Unitarian and didn’t have quite the faith in the Bible Stories that Victoria had. ... In any event Peter didn’t disagree that the boys should have an education in the values and beliefs, not to mention the ritual and the art, that had shaped Western culture including Protestant Ontario in 1961.

“You know Victoria,” his enthusiasm rising, “I could hold a Bible class with the boys every Sunday Morning here at home. We’ve got a number of Bibles here, not to mention a copy of the Book of Mormon, and even the Koran, and I’ve got a book from the Kingston Unitarian Fellowship about the Christian stories for 11-year-old kids, I could teach them every Sunday.”

Alex thought that would be better than walking over to the church every Sunday morning, even though he knew his dad made everything complicated. Oliver thought Sunday morning with dad would be torture itself, he was fine with Sunday School at St. Albans. The girls in McDonalds Lane also went there so Oliver was fine with that too.

“Now Peter, I’m sure that is a lovely idea but you know, the boys really should learn from a more devout Christian. And besides, I was looking forward to quiet Sunday mornings at home without the boys. She held Peter’s eye and he got the message, and with a knowing wink he said, “Alex, I think your mother is right, it would be good for your education to have the experience of going to Sunday School like most of the other kids your age.”

"Quite a piece of nostalgia depicting a time of youthful innocence. A ‘Stand By Me’-like novel, but on a hunt for treasure rather than a dead body. I felt like l stepped back in time following Alex and friends as he searched for meaning and the long-kept secrets of his new island home. This is a book for all ages, youths to folks who were in their youth during the early ’60s."

“Doug Jordan is a wonderful storyteller. His meticulous, descriptive language transports the reader to Canada in the 1960's where twelve years old Alex Jorgenson struggles to come to terms with a new home, new school, new friends and a special girl. Doug understands the prepubescent mind and models the kind of sensitive behaviour most young people would value from their parents and teachers.” 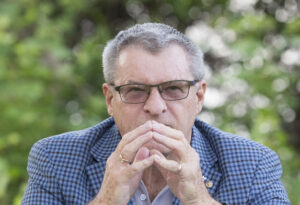 Executive Coach by day; author/writer by night, though these days it's mostly writer day and night with the occasional consulting gig. I have [self-]published seven books so far: the latest about my transition through grief to a renewed sense of purpose [Travels With Myself] following a novel in 2019 about the loss of love [Amitié, A Novel]; three on career and management effectiveness [The Dynamics of Management]; and two memoirs about the family dogs [The Maxim Chronicles and its sequel, The Hallelujah Chorus]. My blog, Travels With Myself II continues with reflections on life, purpose, self-discovery, and writing. A novel about a boy growing up in the 1960s in small town Ontario is in the works. A couple of romances are lurking somewhere too. I am the Principal in my own firm, AFS Consulting, in Ottawa. Canada. I spent the first twenty years of my career in industry in Human Resources Management, and the next twenty in consulting in organization and management effectiveness. In addition to my books and blogs as Doug Jordan, author, I have also written dozens of articles on management, and life. You can investigate these at http://www.afsconsulting.ca/blog/. I have a B.A. in Politics and Economics and an MBA from Queen’s University, Kingston. In all these endeavours I hope to entertain, possibly to educate.