The Colour of Pride

Frank thinks he’s watching a friendly Junior Baseball game until Ellie Fitzgerald, the only girl on an all-black Detroit team, is deliberately spiked in the face by a white opponent. The chaos that follows stuns Frank. This is Canada. The 1967 Detroit Race Riot was last year, a mile away across the river from Frank’s home in Windsor Ontario.

That isn’t the end of it. A month later, with a stroke of luck and family connivance, a delighted Frank finds himself at the 1968 World Series. It’s a do-or-die game for the Detroit Tigers and his idol, Al Kaline. Frank may finally get the elusive Kaline autograph he covets. But before the game even begins, a major league argument erupts behind him. A determined black girl is defying a racist bully trying to steal her prized Kaline baseball - Ellie!

Frank is torn. Should he intervene? Risk getting the crap beat out of him for a black girl he doesn’t know and a prize that isn’t his? Will their Tigers beat the odds or crash and burn right before their eyes?

It could be the worst day of their lives, or the best …

On the grass behind home plate, fourteen-year-old Frank Phelan jumped to his feet and hauled Larry up beside him. Together they watched the drama unfold between second and third base through the wire mesh of the tall backstop. Frank was a ball-player too. He knew it would be close.

The determined black girl in pinstripes and Detroit Junior Tigers ball cap did everything right: she watched the blonde third baseman’s eyes follow the throw from his catcher to his second baseman behind her; saw the final position of Blondie’s outstretched glove; used her body to block his view of the throw from second; extended both arms and dove flat out for the base.

The hard throw flew between Blondie’s hands like a white cannonball and slammed into his chest. “Omph!”

“Safe!” the umpire yelled from behind home plate.

Loud groans went up from the army of Canadian fans rooting for the Windsor Hellcats beside the third baseline of the Atkinson Park ball diamond. Along the first baseline on their right, the few dozen American fans from Detroit cheered for all they were worth. The girl’s teammates whistled and clapped from their bench. They were all guys, all black.

“You know, Frank, that steal was pretty good,” Larry allowed.

“… for a girl.” Frank heard his best friend’s unspoken words.

“No, Lar. That steal was perfect. We should do so good next season.” Attaway, babe! Frank silently cheered.

Then Blondie brought his steel-cleated baseball shoe around and spiked her in the face.

"He's white. She's black. Both must cross the divide between race and racism swirling around them. It helps that both are baseball fanatics. Step up to the plate for an exciting and winning read!" 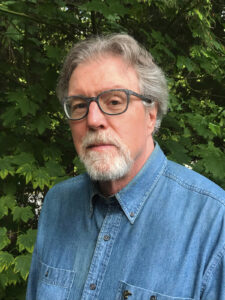