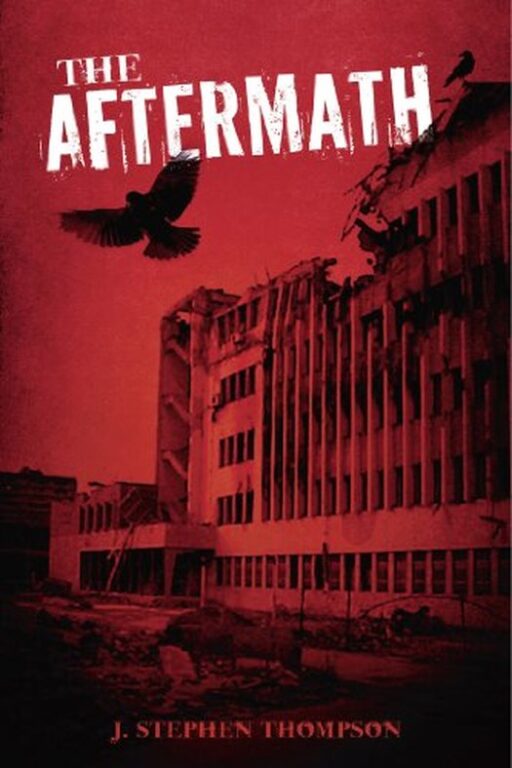 Although Thomas Stephenson and Cassandra Borden worked together in the past, neither is aware the other is now working in post-war Kosova. Both are forensic microbiologists, although Tom appears ostensibly as a magazine writer on assignment. Through his e-mail correspondence it quickly emerges he is working undercover for the Microbiology Intelligence Network (MIN), a Canadian organization with links to government. Cassie is a novice in foreign assignments. She is helping re-establish a diagnostic microbiology laboratory service at the University of Prishtinë Health Centre at the request of the World Health Organization. ​

Tom's role with MIN involves assessing possible bioterrorist threats. He accepts that some organisms commonly thought to be agents of bioterrorism are merely bi-products of social and physical upheaval in a post-war situation. Then, he and his driver/interpreter, Agron Shalla, encounter a mysterious illness in young adults with fever and influenza-like symptoms manifesting as severe arthritis. In the newly established virology laboratory, an unusual virus is grown that Tom recognizes as chikungunya virus. Tom and Agron pull together sufficient information to theorize a Soviet involvement, suggesting the likelihood of Kosova's use as a testing ground for biological weapons. They realize the Yugoslav government of the day had to be actively or passively complicit.

Tom and Cassie's relationship develops over the two years following their meeting in Prishtinë. Official interference ensures that Tom and Cassie are seldom able to schedule their Kosova work sessions at the same time, so much of their relationship evolves through e-mail correspondence. ​

Tom's mental state deteriorates. He expresses concern to his psychiatrist friend back in Ottawa, Albert Tindall. When he finds evidence that Cassie is also an agent for MIN, an e-mail argument ensues, severely straining their relationship. By the time Tom is assigned to Somalia, Cassie confides to sister, Karen, that they are no longer together.

Tom is plummeted into depression by the deaths of Frank Macgregor and Agron. Tom suspects chikungunya virus but the official cause is influenza. Tom abruptly returns to Canada where he enters a treatment program for post-traumatic stress disorder. Both Tom and Cassie agonize over their lost relationship. The relationship reignites mainly because of Cassie's compassion and they agonizingly reconcile their differences. ​

The effect of war, international service, life from an ethnic Albanian point-of-view is explored via Tom's magazine articles, interviews, e-mail correspondence with friends and family in Canada and through Tom and Cassie's conversations with some of the many characters appearing throughout. The intersection of Mother Teresa and Bill Clinton Boulevards is an important landmark in Prishtinë, capital of Kosova, and a perfect metaphor for involvement in the war, reconstruction, and saints and sinners.

"What do you want me to say, Thomas? If everything was not mud encrusted, it was shit encrusted. Or both. I would not choose to relive this time." Fatmir Deliu paused to sip some of the sparkling water often served with coffee in Prishtinë cafés. Tom Stephenson tried to encourage Fatmir to elaborate, to describe the refugee camps. "We could not do simple things. Could not change my child's diaper. It was a cesspool. I triaged these people for what? Where could I send them for treatment? Dysentery and depression! It is a deadly mixture. Still today I wake up not certain where I am but relieved to be in my home. Thomas, you know I am reluctant to talk. Not because it is you, my friend, but because I have never talked about this. I know I told you I would tell you something for your story." The right side of Fatmir's mouth twitched. He shrugged his shoulders. "It is hard but I will start with spring 1999. It was very wet. It seemed like it rained every day.

"You mean that fine slippery mess like a thin coating of motor oil over the ground?"

Fatmir grinned at Tom, nodded knowingly and waited for Tom to continue.

"Yeah, I know it. I slipped in that stuff trying to avoid a car coming up the hill from Mother Theresa. I stepped sideways off the pavement but lost my footing and couldn't recover.” 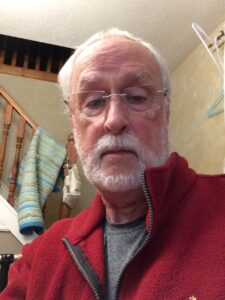 J. Stephen Thompson is a retired public health microbiologist, born in Toronto, raised in Parry Sound, Ontario, and now living with his wife in Kawartha Lakes, Ontario at the edge of the Carden Plain. His science background continues to inform his writing. He published more than three dozen papers in peer-reviewed scientific journals. His first novel, The Aftermath, was researched while working in post-war Kosova. Following his father's death in 2003 he published a book of his father's photography, Reflections Through a Special Lens, and republished his father's short World War II memoir, Bomber Crew. He coauthored three collective projects with other local writers, Tales from the Raven Café, a collaborative novel, and The Kawartha Soul Project and The Kawartha Imagination Project, story anthologies.