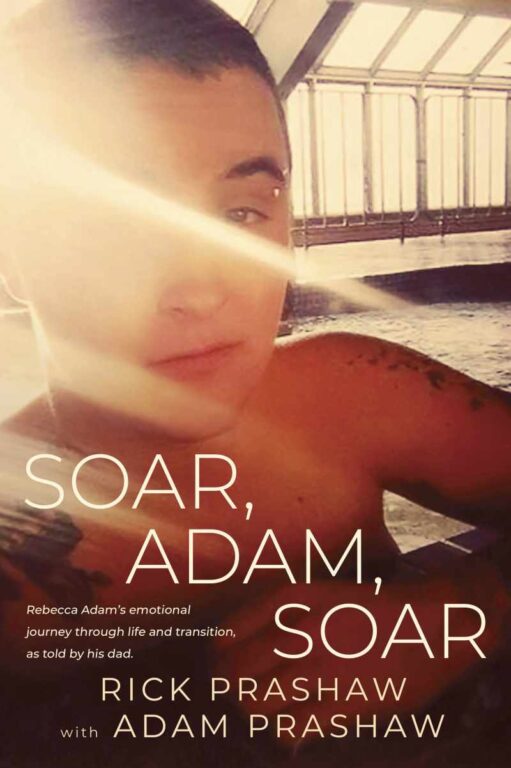 Adam Prashaw's life was full of surprises from the moment he was born. Assigned female at birth, and with parents who had been expecting a boy, he spent years living as "Rebecca Danielle Adam Prashaw" before coming to terms with being a transgender man. Adam captured hearts with his humour, compassion, and intensity. After a tragic accident cut his life short, he left a legacy of changed lives and a trove of social media posts documenting his life, relationships, transition, and struggles with epilepsy, all with remarkable transparency.

In Soar, Adam, Soar, his father retells Adam's story alongside his son's own words. From early childhood through coming out first as a lesbian and then as a man, it chronicles Adam's drive to define himself, his joyful spirit, and his love of life, which continues to conquer all.

I KNEW I WOULD write a book about my kid. Just not this book. Rebecca Danielle Adam Prashaw was born April 22, 1993, in Sudbury, Ontario. Suzanne, her mom, spent only seventeen minutes in labour, and then, swoosh, Rebecca slid into life’s fast lane, never to put her foot on the brake.

As a record of her life and our relationship, I wrote my child a letter each year around her birthday. It took time to realize the letters might someday inspire a book. There was a story I wanted her to appreciate someday — hers, mine, ours.

I was a Catholic priest: a Roman Catholic priest who married when he was forty, becoming an instant stepdad to his wife’s three children, and a year later, a first-time dad to one child, that kid with the interesting name.

I worked as a journalist, too. I like to tell and write stories, and I recognized a story here. The letters, I thought, would bind my story to Rebecca’s story, so when the time was right, she would better understand the first chapters of her own journey. Or so I thought. That there was a book, too, was, well … more a dad’s hunch, a crazy intuition.

The working title for this book idea was Dear Rebecca: Love Letters from a Married Priest to His Daughter. I knew that it wouldn’t be on the Vatican’s blessed books list. That might work in my favour, I thought!

COLLAPSE
Reviews:Heather Down Author, After The Book Ends podcast on https://apple.co/3A6Jc0q wrote:

"A love story....Soar, Adam, Soar also has funny moments, light moments, beautiful moments and I-can’t-believe-that-really-happened moments. It is loving, uplifting, a piece of humanity that transcends things of this earth."

Tomson Highway (from back cover) wrote: 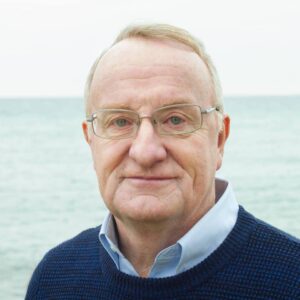 Rick is an author, speaker, educator, and storyteller. He has had a diverse career as a journalist, Catholic priest, executive director of a national criminal justice NGO, and political staff to 3 Members of Parliament. He is a winner of the National Ron Wiebe Restorative Justice Award. From his son's story, Rick is an advocate for transgender human rights and organ donor registration. Go Ottawa Sens and Toronto Blue Jays. Rick lives in Ottawa.