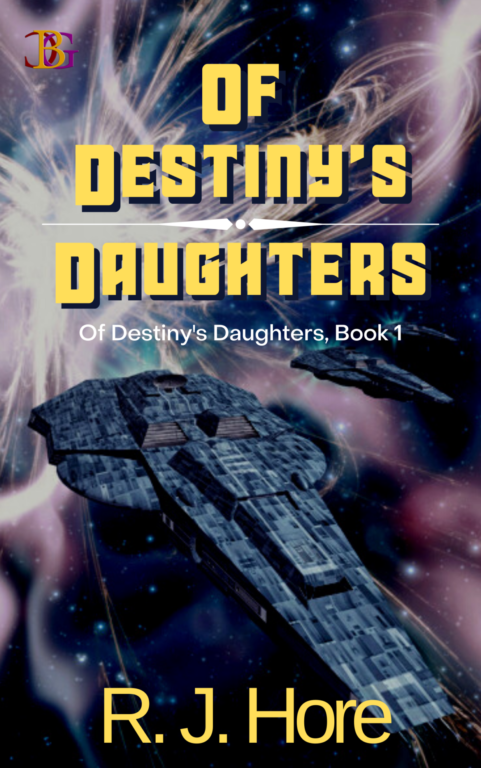 When a gigantic damaged spaceship suddenly appears over Ottawa requesting assistance the world is thrown into confusion. Why are they really here? If they are having problems, what caused the damage? Then there is the Thorncroft family: Paul is feeling depressed and gets sucked up into a spaceship. Lucile and her ex-military girlfriends are bored and looking for a fight, romance, or something to break up the monotony. Their mother, Martha, is trying to hold the family together while she deals with her husband's PTSD and alcoholism. Everyone else is trying to discover the aliens? secrets and befriend them, or destroy them and anyone who has dealings with them.

“I just picked up a bright flash near Jupiter. Nothing there a moment ago.”

“Must be dust on the lens.”

“Hey! Our Jupiter Orbiter, Hawking, is off-line. The signal has gone completely dark.”

“Strange. We got a call from DeGrassi in Chile a few minutes ago. They’re tracking something big. Say it’s heading this way fast.”

“Wake the director. The Mars probe, Edgar, just recorded something flashing across the sky there.”

“We got incoming from Jupiter?”

“I’m picking up some chatter from Hawaii and Siberia.”

“You call the director. I’m calling the president!”

“You wake him, not me. I say leave it until morning.”

“The First Lady is out of town. I understood he was working late.”

“We could send an intern to listen at the door.”

“Do you want them to get shot?”

“Maybe we can leave it until the morning.”

Harvey Samuel Thorncroft broke eye contact with the television screen long enough to turn his head and bellow, “Martha, can you bring me another beer?”

“In a minute, dear. I’m finishing up in the kitchen.”

“Hurry will ya. It’s the elimination finals of the Celebrity Cheesemakers. You don’t wanna miss it.”

“Yes, dear. Do you know where the children are tonight?”

“This fast-paced and punchy science-fi tale opens when a damaged alien spacecraft is forced to park over Ottawa. ODD captures the excitement, expectations, and fears unavoidable when foreign worlds touch. I am looking forward to reading the follow-up volume in this projected trilogy and immerse myself once again in this imaginative and engrossing world.”