Music from a Strange Planet: Stories 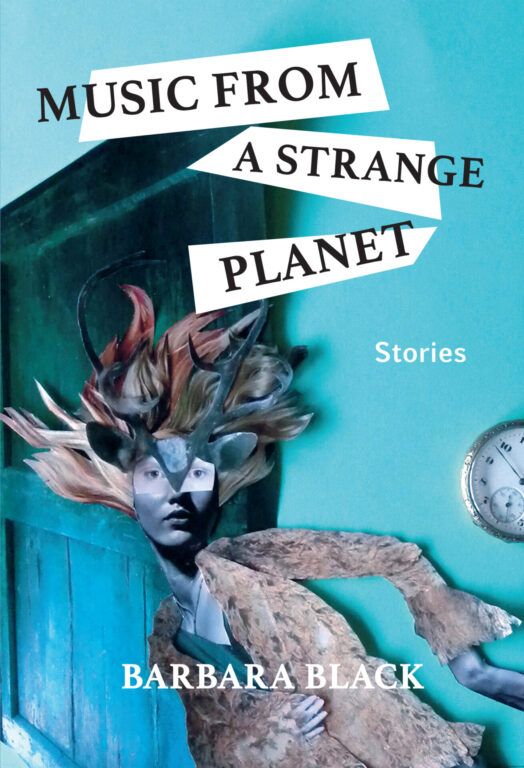 Off-beat, provocative, philosophical, Music from a Strange Planet traces the fault lines of identity and emotional attachment. Grief, tenderness, and longing soak the pages, admitting the reader into the intimate places of the heart: An awkward child envisions herself as a darkling beetle; an unemployed business analyst prefers water-walking over “rebranding” himself; after being kidnapped, a psychologist rejects the idea of marrying herself; and in the squatters’ district, a biogenetically-altered couple visits an attic to observe a large cocoon. From the ruins of a dystopian city to the inner self-created landscapes of a coma victim, this unique story collection places characters at the core of their vulnerabilities. With a masterfully crafted tone and a register that ranges from contemplative to comic, the subversive, immersive stories in this collection brim with humanity. Expect your planet to tilt a little to the strange after reading this engaging, vivid and incisive collection of stories.

From the short story Gound Zero:

Bert always wanted a cigarette right when something interesting was happening. Like he could only accommodate change on his own terms. It irritated the hell out of Grace. “Look! Forked lightning!” she’d say. And then instead of looking he’d reach for his cigs, pop one out, light it, then look.

One June day, Bert climbed the ladder leading to the roof of the house. He had done it many times, thanks to the exhortations of his loving wife to, for god’s sake, do something about the cracked windowpane, the Christmas lights, the leak, the loose shingle. Usually the supposed defect was a figment of her imagination, which saw decrepitude and disaster lurking in everything. In this case, it was a football-sized hornet nest hanging from the corner of the roof. He lined up the ladder underneath it and climbed to take a look. He liked to at least give the appearance he had done an inspection. The nest appeared inactive. He lit up a cigarette at the top of the ladder and took the opportunity to look into his neighbours’ yards.

"A masked woman is caught in the headlights. Her streaked red hair is flying, her deer ears and antlers are alert and her mottled wispy coat seems to catch her in the act of transforming from human to animal or insect…or perhaps it’s the other way around. A clock on the wall suggests a Cinderella-like deadline is imminent.

The cover art on Music From a Strange Planet, Barbara Black’s debut collection of twenty-four short stories—a collage she created herself—abounds with imagery and clues that recall the brilliant epigraph by Anton Chekhov: Don’t tell me the moon is shining; show me the glint of light on broken glass.

Some of these stories have been previously published in Canadian and American literary magazines like Geist and The New Quarterly. They have also been nominated for National Magazine Awards, the Journey Prize, the Commonwealth Short Story Prize and won the Writers’ Union of Canada Short Prose Competition. Clearly, Barbara Black is a writer to read and furthermore, the back cover is replete with kudos from three established masters of the short fiction form: John Gould, Cathleen With and M.A.C. Farrant.

In much the same way many of us marvel at the ability of musicians to create something fresh and new with notes and rhythms and sounds, I appreciate and admire writers who conjure up and harness a soaring imagination with linguistic dexterity. Black does this while seamlessly meshing her intellectual curiosity with a resonant emotional plumb line. What a treat it is to read her inventive, sometimes sad, and often funny stories.

A “regular good guy” ends up in a coma and escapes to the wondrous insect world of his Grade 7 science project. A retired acrobat encounters a retired dentist, both lonely insomniacs. One little girl rejects all that is fluffy, pink and pretty and drags her perfectionist traditional mother and playful papa into seeing another world of colours, textures and behaviours.
Insects inhabit many of these stories, a fascinating fusion of science and imagination bringing to mind Franz Kafka’s classic Metamorphosis in which the protagonist, Gregor Samsa wakes up to find himself transformed into a huge insect. In Black’s story, a man named Bert turns into a bug and eagerly flies off to his liberation from a body trapped in a coma, thinking: “What did it matter? Only the law of dreams applied.”

The seared memories of childhood are especially poignant in stories like Hot July Day where a Grade 5 bully and her accomplice fail to repress the resilience of an undersized, long-suffering classmate. Then we are whisked away to the Bulkley/Nechako region of northwest B.C. where a solitary man, a taxidermist, forms a protective bond with a porcupine he calls Lydia. The trees in his valley are succumbing to a pine beetle infestation and the threat of fire in mid-summer is high.

Belly-Deep in White Clover is a soulful story about life and death in the wilderness which was first published in Prairie Fire and then long-listed for the 2018 Commonwealth Short Story Prize. It demonstrates yet again Black’s range of subject and setting, and her mastery of tone, or to use the musical equivalent, pitch, which is never flat or sharp, but bang on.
Perfectly attuned to both the wild and the domestic is the story, Ghosts on Pale Stalks where nature on the West Coast is evoked in all its damp and fecund abundance. A single middle-aged woman is carrying an urn, at the urging of her somewhat exasperated friends, through the rainforest and to the ocean’s edge. Easier by far for others to tell us to “just let go” than it is to discard the physical and emotional burdens we’ve carried for decades. Or, before finally giving up on advice from Oprah and sifting through whatever insights tarot cards seem to offer, by taking decisive action to save our own sanity.

There is seemingly no limit to the inventive breadth and depth of the worlds Black conjures, with writing precisely embedded in each setting. The title story exemplifies her mastery of structure and dialogue and what I call the alchemy of creating fiction. In Music from a Strange Planet we meet Lucky Bee, who experiences prescient abilities for impending good news and bad, as well as the kind of synaesthesia that merges colour with sound. For example, magenta becomes F major while viridian is heard as B minor. Lucky Bee’s companion is a cricket.

Prepare to be transported to cities, to other countries, to a crumbling present and then off to a Centre for Biogenetics on an unnamed planet in the future. Other worlds unfold like wings in this marvellous book and beguile us. Reader, prepare to be enchanted."

“ 'Tell me a story' and 'that reminds me of a good story' may be the foundational statements in human existence.

We tell each other stories to reveal who we are, or to artfully obscure our unbearable truths. Either way, our narratives are the building blocks of our lives. This is true whether we consider the getting-to-know-you stories we tell new lovers, the political speeches we give or listen to, our self-serving excuses for bad behaviour, national and personal origin stories, the bedtime stories we tell our children or the often ill-considered micro fictions we tweet or Instagram.

Published short stories can often capture and render the shapeshifting, world-making power of narrative in a uniquely evocative way. Music From A Strange Planet, a debut story collection from award-winning Victoria writer, musician, singer and editor Barbara Black, is a remarkable celebration of the power of narrative that will both entertain and trouble the attentive reader.

The world of Black’s short stories is a charged, dreamlike landscape inhabited by insects, caribou and porcupines, dreamers, seers, predators and prey, both human and otherwise. (In setting the scene in one story, Black writes one of the most haunting and lovely lines in her book: “There was a slant to the light that made everything angular, like a scream that had hung in the air for a moment and had never been heard.”)

On this dreamscape Black gives us a dizzying variety of characters and stories, ranging from a little girl whose pet insect cricket gives her healing powers to a woman who notes wryly after an unfortunate exchange with a possibly cheating husband, “She had never been so quick with a knife,” to a woman seeking implausible love on the cobbled streets of Prague. She also gives us a hilarious send-up of the world of high and conceptual art in the wonderfully funny “The Watcher and the Watched.”

In lapidary prose that manages to be both spare and richly allusive, Black tells tales that seem drawn directly from the world of dreams and hallucination while fully fleshed out with observed or imagined detail. Think Kafka on crack. Think a luminous, shimmering visual paired with otherworldly and oddly menacing music. Think the emergence of a voice that will be important in Canadian fiction for a long time. Think what you like. Just don’t miss this exciting and impressive debut. 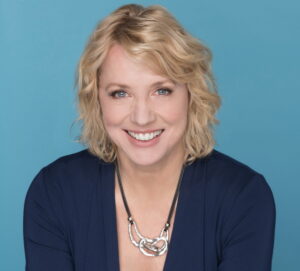 Barbara Black writes fiction, flash fiction and poetry. Her debut short story collection Music from a Strange Planet: Stories, (Caitlin Press) was longlisted for The Miramichi Reader’s “Very Best Book Awards 2021.” Her writing has appeared in Canadian and international publications including the 2020 Bath Flash Fiction Award anthology, The Cincinnati Review, The New Quarterly, The Hong Kong Review, CV2, Geist and Prairie Fire. She was a fiction finalist in the 2020 National Magazine Awards, nominated for the 2019 Writers’ Trust/McClelland & Stewart Journey Prize and won the 2017 Writers’ Union of Canada Short Prose Competition. Other achievements include Honourable Mention in the 2020 Lorian Hemingway Short Story Competition; and Longlisted for the 2021 and 2018 Commonwealth Short Story Prize. Black lives in Victoria, BC.