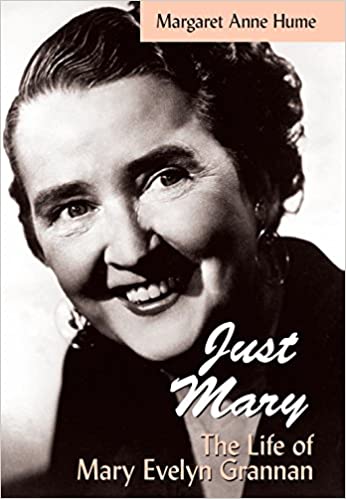 Just Mary and Maggie Muggins are names that will arouse memories in those who grew up with CBC radio and television in the 1940s and 1950s. The creator of these and other children’s shows, former Fredericton schoolteacher Mary Grannan, became a radio star when she hit the national airwaves in 1939, her popularity peaking when Maggie Muggins moved to television in 1955. Long before The Friendly Giant and Mr. Dressup appeared, her work helped to shape the legacy of gentle children’s programming on CBC. Building on her broadcasting success, Grannan published over thirty books, most runaway best-sellers. Attired in stylish dress, extravagant hats, and enormous earrings, she made frequent guest appearances at public events across the country. She received the Beaver Award for her broadcasting and was honoured by the International Mark Twain Society and the Institute for Education by Radio at Ohio State University.

"Just Mary": The Life of Mary Evelyn Grannan is the first biography of this creative and once well-known Canadian woman. Immersing the reader in rich detail while showcasing excerpts of her writings through the years, the book presents an intimate examination of her life journey through previously unreleased personal letters, archives, an abundance of photographs, and interviews with family, friends, colleagues, and former students. This is the private Mary Grannan as the public has never before known her.

Nothing was going to stop Mary Evelyn Grannan from getting on the train to Toronto that Saturday evening, July 1, 1939. After twenty-one years of teaching grade one in New Brunswick, she was leaving her home town of Fredericton and going to Toronto to begin a new job in radio as a junior producer of children’s programs for the three-year-old Canadian Broadcasting Corporation …

So, as the country paused in between the glory of the Royal visit and the coming horror of war, Mary began her journey from the safe and secure employment of teaching to an uncertain new career in radio broadcasting. She could succeed … or fail. There were no guarantees, and she would have the added stress of being on probation for three months. For two years, she had eagerly sought a position with the fledgling CBC, but when the written offer finally came, she found herself thinking very carefully about leaving her secure teaching position.

“There is as yet no pension scheme or collective insurance,” General Manager Gladstone Murray wrote to her, “but we are hopeful of arranging this before long. Nevertheless, it should be borne in mind that this is a new business without the elements of security with which you are familiar in the teaching profession.” …

“I will leave here on Saturday, July 1,” she had written two weeks earlier to Mr. Murray, “hoping with every mile that I will be able to please you with my efforts.”

"Just Mary tells the story of Mary Evelyn Grannan, the former New Brunswick school teacher who created Maggie Muggins. Having died in 1975 at the age of 75, Grannan is largely forgotten, but her story is told in a colourful and lively fashion by first-time author Margaret Anne Hume, another former New Brunswicker who now lives in Vancouver.
Grannan's career on the airwaves began with a program called Just Mary, which began while she was still in New Brunswick and continued throughout the war years.
Maggie Muggins began on radio in 1946 and moved to the new medium of TV in 1955. Several young girls played Maggie through the years, and Mary was close to all of them.
Hume paints a picture of peaceful harmony throughout those years. When the TV show ended in 1962, Grannan left the CBC but continued writing, with several bestsellers to her credit."

"Margaret Anne Hume's biography of CBC radio and television star Mary Grannan (1900-1975) may prompt those who knew her to scour their attics. Hume's study of the larger-than-life personality affirms that appearances are deceiving. Thanks to ... Hume, Grannan's incandescent worlds are now accessible to all."

"...a wonderful addition for our memory banks when we think about our great Canadian culture ..." 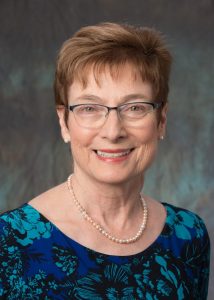 Margaret Anne Hume, a former librarian at Concordia University in Montreal, is a graduate of the universities of New Brunswick and McGill. Her book, Just Mary: The Life of Mary Evelyn Grannan (Dundurn Group, 2006), is the first published biography of the award-winning CBC children’s writer and broadcaster, Mary Grannan, who was named as an historic national person by Parks Canada in 2018. “Just Mary” Reader”: Mary Grannan, Selected Stories (Dundurn Group, 2006) presents some of Grannan’s broadcast stories selected, edited, and introduced by Margaret. My Life: Adventures of an RCAF Flying Officer, Eaton’s Manager, and Family Man (Caissie Cape Publications, 2012), co-written by Margaret and her father, Albert Mair MacLean (1922-2012), details his family history, his service in the Second World War as an RCAF pilot on the Avro Lancaster bomber, and his career with Canadian retailer T. Eaton Company.

Margaret is the national chair of Canadian Authors Association.