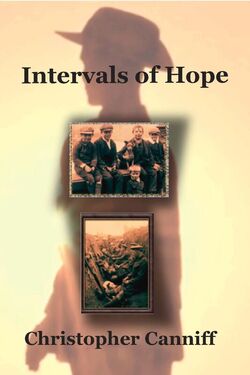 Nicholas Dixon lives with his mother and brother in London, England between the world wars. His father Wilfrid, once with the First Battalion, First Canadian Regiment in the trenches of the Great War, now works at the coalmines of South Leeds and rarely returns to his family. Armed with his father’s wartime journal, a spirited imagination, and a taste for insurgency, Nicholas embarks on a quest to reunite the family that will forever alter his perception of his father, leading Nicholas to confront his own cowardice at a time when his family, and his country, need him most.

Inspired by correspondence with a man living in London, England between the world wars, through multiple interviews with a former WWII British Commando whose father was in the trenches of WWI, and through 85 letters sent home during World War I by the author’s great-grandfather, Intervals of Hope explores duty, responsibility, cowardice, abandonment, and the disparate paths to becoming a man of honour.

Forthcoming book, out in November 2021.

“Wow…what an amazing book! I loved every word of it. It is so cleverly structured and so insightful. Full of human interest and emotion. I thought the constant interplay between father’s journal and son’s actions was very brilliant. Can’t praise it enough. And I enjoyed how you interwove some of my adventures into the story.” 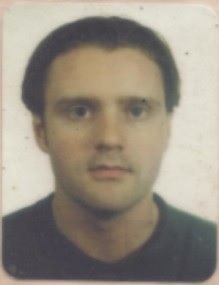