How to Be a Goldfish 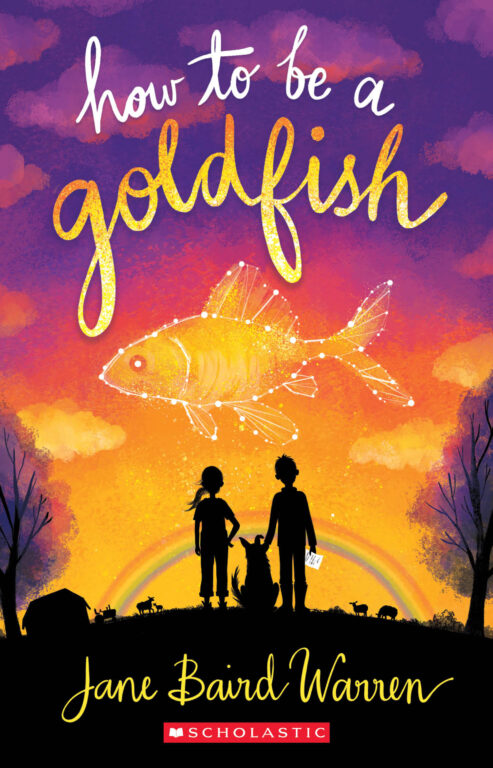 When her teacher assigns a family tree project for parents' day, Lizzie knows it won't be long until Scotch Gully’s gossips start up again. Most folks in her conservative town are used to the fact that she's the only kid with an unmarried mom, but when Lizzie's family tree research uncovers a shocking secret about her grandmother, Lizzie knows that certain townsfolk will start their back-fence talk about her family once more. She turns to Harry — who's been like a grandfather to her — for help and advice, but Harry has problems of his own. Someone has arrived at his farm claiming to own it, and is forcing Harry out. Now Lizzie must face losing Harry and the place that's been her second home. Lizzie finds a surprising ally in David, the new owner's son. Together, their sleuthing uncovers the keys to saving Harry and his farm, but sharing the secrets she and David have uncovered will put Lizzie's complicated family on centre stage. Told in the alternating voices of Lizzie and David, How to Be a Goldfish is a compelling, heartfelt, humorous read about acceptance and understanding, and will provide a gentle introduction to discussions about alternative families, homosexuality, feminism, forced adoptions and social justice.

I bet there aren’t many kids who can say social studies changed their life, but it changed mine. It really did. If it wasn’t for social studies, Harry’s farm would be history, and I would have never figured out who David was. He’d be just some city kid who passed through Scotch Gully one day in May.

It was the last period and I was busting for school to be over so I could get outside. The grass was thick and green; the gullies, those hillside ditches that gave our town its name, were still fat with spring runoff; the sky was blue and cloudless; and at Harry’s, the ewes were due to lamb any day. Harry was the closest thing I had to a grandfather and great as he was, to him, I was still a kid. So, when he said I could name the first lamb born, I knew he expected a cute little-kid name like Curly, Fluffy, or Snowflake, but I had my own ideas. For a ewe lamb, I’d narrowed it down to Baa-rbra, or Tina Baa-lerina. Harry wouldn’t get it, but I thought it was hilarious. I grinned, just thinking about the look on his face when I told him.

That grin disappeared when I walked into social studies and saw the maps pulled down and covering both sides of the chalkboard. Those maps rolled down like that meant we were about to have a pop quiz. By the time I took my seat, kids were buzzing like a nest of angry yellow jackets.

"Historical middle grade set in 1981 Canada, filled with family secrets and local gossip, told against a backdrop of gay civil rights and still-simmering popular homophobia. City boy David dreams of a different life, ideally somewhere with a dog, but anyplace far from his mom's horrible boyfriend and his pokey apartment. Farm girl Lizzie dreams of having a huge family like everyone else she knows, but she's an only child and her lone parent is, controversially, a single mother. When David's grandfather dies and leaves his mom an abandoned farm, no one expects to find people living there. Farmer Harry is a war buddy of David's grandad and is like a grandad to Lizzie. While the horrible boyfriend wants to evict Harry and sell the farm, David and Lizzie team up to uncover a decades-old family secret. I loved this story about lost love and found family -- it's perfect for fans of Lauren Wolk and Hilary McKay, packed with the real dramas of farm-life, and humanizing forgotten historic events that pulled families apart. A confident, touching debut. 5 stars." 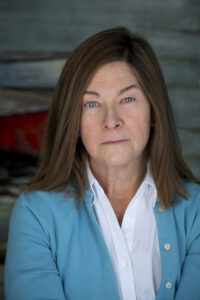 Jane Baird Warren writes for kids, and adults like her, who still read Middle Grade and Young Adult fiction— Harry Potter was a game-changer, wasn't it? She’s taught school, worked as a personal trainer, an editorial consultant, and currently she brings her twenty years of publishing and editing experience to her volunteer commitment as a developmental editor for emerging writers. After publishing dozens of short stories and poetry in literary magazine in North America and the UK her first middle grade book – How to Be a Goldfish – debuts October 4th from Scholastic Canada. Jane is represented by Elizabeth Bennett at Transatlantic Literary Agency. https://www.janebairdwarren.com/book