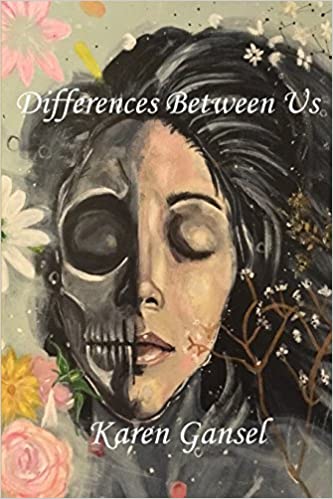 For Jerome Decarie, life is playing in a jazz band. That’s why he relocated to New Orleans. But then he befriends a young black woman, Lara Jackson, who is desperate after the storm of the decade, to find her aunt and uncle who raised her. Intrigued by her good looks and appealing manner, he agrees to accompany her in the search to an old mansion in the Garden district, owned by her uncle’s brother, Phillip. She’s warned him Phillip’s into drugs and gangs. Jerome is accepted by the aunt and uncle, Noreen and Henry when he arrives with Lara for the reunion but agrees with her, there’s something strange about Phillip. Noreen disappears from the old mansion and Henry recruits Jerome to help him search for her. He and Henry rescue Noreen from the Marrero gang who have held her hostage to extort drug money from Phillip. Phillip is later shot by one of the gang members and goes underground. Their long-distance romance is challenged when Lara returns to Atlanta to rejoin her choir for some final concerts. Meanwhile, Jerome becomes enthralled with New Orleans where his music career is thriving. Late one night, Phillip follows Jerome home from a visit to Noreen and Henry’s and threatens him. Henry agrees he must deal with Phillip before he plunges all of them into tragedy.

Bright sunlight streamed through the bus window, when Jerome forced himself to sit up. The tour bus seats folded down into a bed of sorts, but he woke each morning stiff and sore. He’d have to hurry to catch Lara this morning before she left on her search. He pulled on yesterday’s rumpled jeans, grabbed a clean white shirt and headed towards the hotel’s staff showers.

After the shower, his wet blond curls tangled in the comb which caused him to swear. His blue eyes stared back at him in the mirror, brighter than usual. When he entered the breakfast alcove, Lara was waiting for him while she studied the map given to them by the bell captain.

He slouched into the chair beside her. “We’re headed for the Garden District this morning, aren’t we?”

She nodded. “From what I’ve heard so far, most of the drunkenness and looting is in the uptown area. So, we should be okay.”

He shrugged his shoulders. “The guys told me the city hasn’t cleaned up the streets there yet. Do you think it’s a good time to go?”

“That’s why I’ve got the map. The bell captain showed me a route around the major damage. Grab some breakfast and let’s get going. I’ve got to find Aunt Noreen and Uncle Henry and that’s where his brother lives. It’s our best shot.”

"This novel has a coherent, well developed narrative arc with an appropriate and satisfying ending. The plot keeps the reader’s attention. The dialogue reflects the character of the speakers. The book provides excellent descriptions of New Orleans after Katrina. This emerging author shows the promise of strength as a mature writer."

"Your novel has amazing descriptions of New Orleans. They felt very real, almost as though the city itself was a character. Your character, Lara was very special to me. She seemed real and believable." 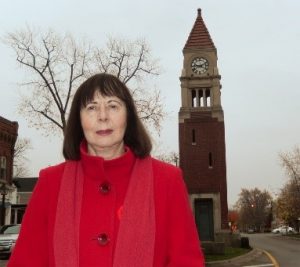 Karen Gansel graduated from the University of Toronto Master of Health Administration and had a nineteen-year career with the Ontario Ministry of Health as a senior manager. Karen’s first self-published novel, Differences Between Us, is a psychological suspense that is available on Amazon.com and Kobo.com. A short story, Canal of Destiny, was published on the Quick Brown Fox blog in 2010.

A member of Canadian Authors Association since 2009, Karen was president of the Niagara branch between 2011 and 2016, and joined the board of directors in 2016. Karen lives in Niagara on the Lake, Ontario, and is self-publishing her second novel, Celeste Unraveled, in fall 2020.