Dawn of Magic: Rise of the Guardians 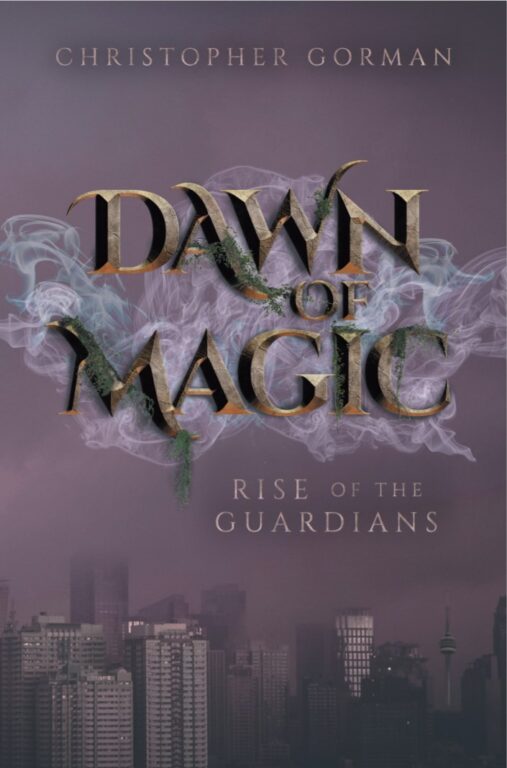 It’s the year 2103, and Earth is in crisis. Temperatures are increasing dramatically, crops are failing, and humanity is struggling to adapt. As climate change and political tensions between Canada and the United States escalate, a long-dormant natural force awakens to reclaim her power from the ravages of science, politics, and organized religion: Mother Nature. ​

However, she cannot succeed alone. In Toronto, a young man named Aiden has been enduring splitting migraines and vivid dreams that transport him into visions of underground caverns and cataclysmic events. Just when he suspects he’s on the brink of insanity—or possibly even death—a charming stranger coupled with a freak accident unleashes a power from within. Soon, Aiden and his two closest friends find themselves on a journey of joint self-discovery, becoming the first wizards—Mother Earth’s warriors—to appear on Earth in over three thousand years.

Aiden’s inborn magic leads him to a reclusive group known as the Guardians, who teach him how to wield his power. However, it isn’t long before his adventures pit him and his friends against a powerful force that deems magic heresy: the Catholic Church. From an ancient stronghold in Ireland to a secluded village in the French Alps, Aiden and the other wizards must learn to master their magic and protect their ancient knowledge in order to help save the planet.

The lights of the city illuminate the night sky, bathing it in an unnatural daylight. Even at this hour, countless vehicles snake through the core. The thick, pervasive smell of exhaust assaults my senses, contrasting harshly with the rich smell of life and decay in the forest. Above it all, the CN Tower gleams like a jewel, the heart of it all.

The densely populated bloom of lights that is the Downsview Refuge Park thrums in the distance, while rough, dry vegetation swallows up the abandoned industrial and commercial districts on the city’s outskirts.

Mist rides in and shrouds the city in its depths.

Air rushes past, and an intense vertigo fills me. When it stops, I look out over the cliff again. There’s nothing but air.

“Aiden,” comes the sweet voice, “be strong. Don’t give in to fear. Trust. Believe in yourself. Step over the edge and come alive.”

It makes no sense. None of this makes any sense. I know nothing but death awaits if I step over the edge, but the dark mass of vines fills the entire cliffside now, and there is such an intense power emanating from it that any attempt at resisting it will likely mean death too.

“Believe, Aiden. Believe in yourself, and believe in the world.”

A black tendril detaches itself from the vines and stretches toward me. Closer. Closer.

And then the whole world begins to shake.

"Gorman's prose is urgent and moody, befitting the angst and energy of his narrator . . . The book mixes cyberpunk dystopianism with Celtic-tinged urban fantasy in a way that feels mostly seamless."

"I absolutely loved this book and couldn’t put it down. The blending of fantasy, science and the rediscovery of magic and Mother Nature was something I hadn’t read before. This book takes place in the future but the writer made it feel very realistic as though the technology and state of the world could actually evolve this way. Can’t wait for book two." 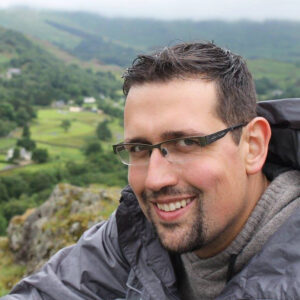 Christopher Gorman has had a love for reading, writing, and science since childhood. As an adult, his fascination for fantasy and magic blossomed, and he began making notes and drafts for his ­ first novel—Dawn of Magic: Rise of the Guardians— in which he explores what he identifies as the trilogy of powers in this world—nature (magic), faith, and science. He had several careers from suits to cars to airplanes before rediscovering the story bubbling within. Embracing his passion, he joined the Canadian Author’s Association and their events helped galvanize him into completing his novel. Traveling throughout Canada and the world, he has participated in pagan rituals in the mountains and explored sites of ancient wisdom in England, Wales, and Ireland.