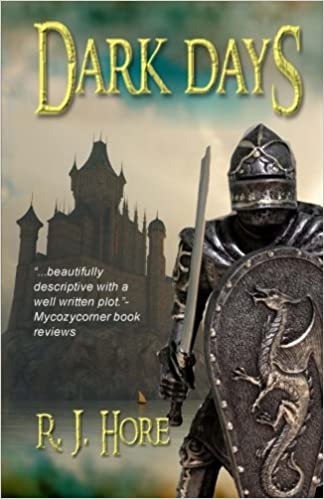 Young Queen Nefasti’s hold on her throne is tenuous. Her powerful neighbor to the west has declared war, and her other neighbors want something in return for their offered aid, such as her hand in marriage and her kingdom. Assassins lurk in the shadows while handsome suitors try to bribe her with gold and jewels. Her best friend and protector is leaving and one of her favorite ladies-in-waiting is threatening to commit suicide. What else can go wrong for the young monarch?

I, the humble Tepidus, Emperor of the Empire of Hesperius, hereby declare the usurper who calls herself Queen Nefasti, ruler of Vadio, outlaw, and therefore beyond the protection afforded to civilized people everywhere, and subject to the supreme penalty of death, as sentenced by the most just and highest court of the Empire of Hesperius. Her crimes are legion, including, but not solely:

The foul murder without cause of the most noble Prince Inurbanus of House Hesperius, legally accredited Ambassador of a civilized nation.

The murder without cause of her most noble uncle, Prince Mortuus, a worthy prince of Vadio, and one whom most civilized nations would consider outranked her usurper’s claim to the throne of Vadio.

The unlawful imprisonment in the foulest of dungeons of her most noble uncle, Prince Lubricius, a beloved son of good King Aeger, a worthy prince of Vadio, the one whom most civilized nations would consider holds the primary claim to the throne of Vadio, and husband of our own dear cousin, Princess Aestas, also held captive in the dungeons of dark Oculus Gloria.

The said Nefasti is a truly evil and ancient witch, who possesses the corrupted body of an innocent child, and practices the blackest of magics in order to enslave the people of Vadio and sow discord, confusion, and deadly plagues among the honest folk of all nations, including her own.