Called to Egypt on the Back of the Wind 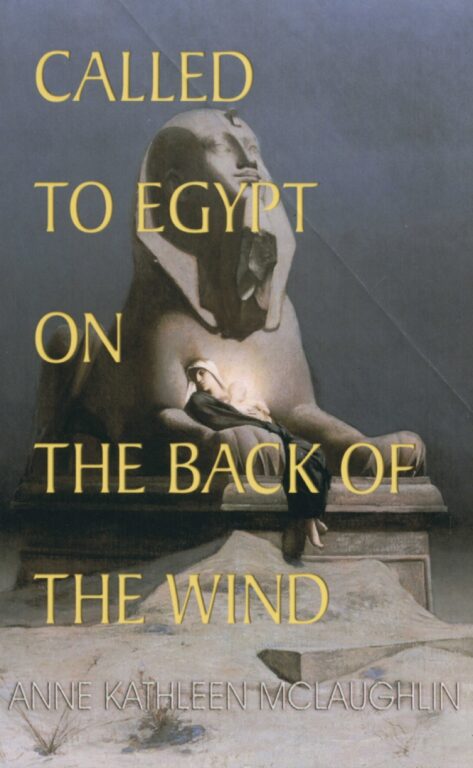 Called to Egypt on the Back of the Wind is a traveller's tale of a Journey to Egypt in 2008 led by the visionary teacher Jean Houston. Jean, whose heart knows the patterns of mythology and spirituality that an ancient people drew upon to build a civilization of unparalleled wisdom and genius along the Nile River some 5000 years ago, created for her students a mythic journey with story and ritual, exploration of temples, tombs, and pyramids, laughter and song. For the author, Egypt was the place where she found her soul.

The moon in her fullness creates a golden rippled path on the Nile at four in the morning…. It is not yet dawn when we disembark, stepping onto (Philae) island. The terrain is of rough stones. I have a sense of hovering trees, low full-leaved bushes, great stone arches, pillars, columns, temples, more Greek than Egyptian. We move carefully in the darkness, following Jean and Peg into one of the vast stone temples, towards its sacred heart.

In the still darkness, Jean reads from Lucius Apulieus: “In … The Golden Ass, Lucius has… been turned into an ass…. he meets the goddess Isis who changes him back into his own humanity … giving an epiphany of who and what she really is. :…

“Behold….. I am come with solace and aid. Away then with tears. Cease to moan. Send sorrow packing. Soon through my providence shall the sun of your salvation rise…. Eternal (spirituality) has dedicated to me the day which will be born from the womb of this present darkness.”

We call out all the names of Isis as we know her. I hear the names flow like a litany . . . Mystical Rose, Mary in all her forms… Star of the Sea….Great Mother Gaia, Inanna, Sophia, the Black Madonna. . .

'Anne Kathleen McLaughlin is an actor, playwright and retreat leader. She is also a Catholic religious, a Canadian Grey Sister with a lifelong devotion to Mother Mary. This book charts two journeys: one, a long awaited... pilgrimage to sacred sites in Egypt, led by her spiritual teacher Jean Houston in 2008; the other, McLaughlin’s personal quest for the love of the feminine divine, both as manifested by the Goddesses she encounters on the way, and in her fellow travelers on the journey, especially her much-admired teacher. The author’s descriptions of the sites visited on her journey, and of her experiences there, are vivid, poetic, and sensual, but this is much more than a travelogue; it is a diary of her search for spiritual integration through her encounters with ancient wisdom in the “durative realm”, the dimension of eternity that exists independently of clock time. The Goddesses and Gods of ancient Egypt are presented not simply as ancient and mysterious deities, but as neters, in Houston’s words, “living impulses in nature and people,” expressions of “the deep life of things”—“dynamic archetypes, moulding principles”, forged out of “meticulous observation, meditation, imagination” (35). McLaughlin has a rare ability to bring to life these divine forces through her very personal accounts of her own encounters with them in Egypt, but also on the way there and after her return. For some readers, the fact that McLaughlin is a Catholic sister, who received permission from her Superior to participate in the journey, may be jarring. She is one of a small, but growing, number of Christians, especially women, who see Christianity not as a closed system, but as one spiritual path among others—and as overlapping and intersecting with them. Isis, Sekhmet, Maat, Mary are, for McLaughlin, expressions of “the love within the universe that I have come to call the feminine face of God, the tender love that embraced me in my community’s prayer room … that brought me here, that revealed itself in so many ways … as Isis, as Hathor, as Sekhmet, as Jean, in tomb and temple, in pyramids, in the depths of the Red Sea, here on the bus now approaching the Cairo airport” (167). The question of whether she is a “pagan” or a “Christian” is irrelevant in the durative realm that pervades the pages of this book. The cover art, a Madonna and Child nestled between the arms of the Sphinx, captures this fusion of spiritual traditions. Many of us will never have the opportunity to travel to Egypt on a spiritual pilgrimage; this book is not simply a window into one woman’s experience, but McLaughlin’s generous sharing of her journey. As such, it is of value for those of us embarking on our own sacred travels, whether geographical or spiritual.'

Jean Houston writes in the Foreword of Called to Egypt on the Back of the Wind:
"Egypt, the source place of the mythic universe, seizes the Western psyche and we feel a collective shock of recognition. It was through this world that Anne Kathleen traveled; a woman of high spirit and profound reflection. Using words as wands she makes us her confidante, the deep friend who can be told the secrets of the heart, the yearnings of the soul, and the mystery which transcends time, culture; and even character. Anne Kathleen is much taken by the Goddess, the Queen of Heaven, the principle of love incarnate-Hathor, Isis, Mary. And the Goddesses respond in kind, luring her into the conundrums and wanderings of love lost and found. They teach her that love will call up everything within us that is not love, that it may be healed, and so it does." 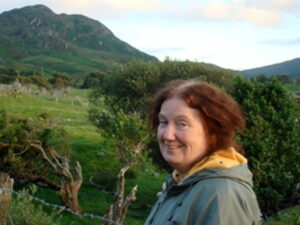 Anne Kathleen envisions a spirituality in harmony with our new understandings of the universe while drawing from the mystical heart of ancient spiritual beliefs and practices. Through her novels, published by Borealis Press, through retreats and plays based on ancient stories as well as on the writings of medieval and modern-day women mystics and the recent discoveries of physicists, Anne Kathleen assists women to discover the pattern of the Sacred woven into the tapestry of their everyday lives. A member of the Community of the Grey Sisters in Pembroke, Ontario, Canada, Anne Kathleen holds a Master’s degree in Religious Communication/ Pastoral Studies from Loyola University in Chicago.