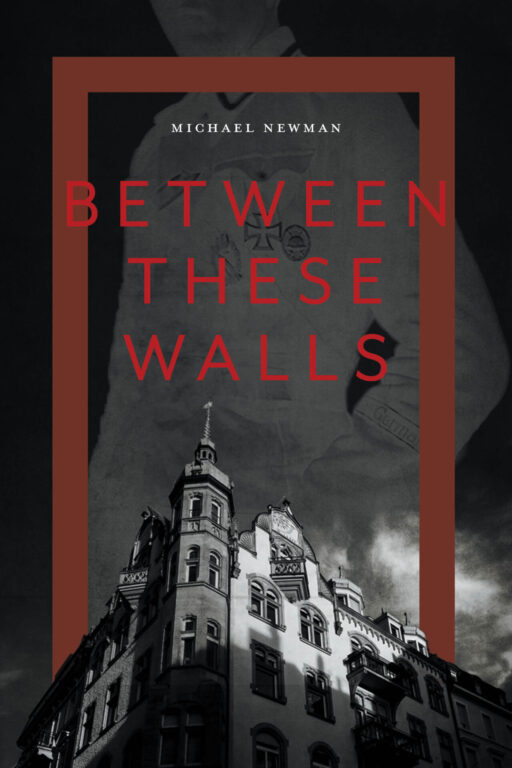 A novel of historical fiction that turns on two key events: the discovery of a beautiful blonde woman’s body in the back seat of a burnt out SS staff car during the last days of World War II, by US Army Medical Corps Colonel Samuel Singer, and the unsealing more than four decades later of a security-taped package from Germany, bearing a secret that changes the life of New York art curator Daniel Singer, the adopted son of Colonel Singer. As Daniel learns more about the package’s contents, he unlocks the history of three families -- one American and two German – through tumultuous times, from the end of the First World War to the rise of Adolf Hitler, the Second World War, the Holocaust, and through to three Middle East wars. Along the way, he gets entangled in the web of the Mossad, Israel’s top secret spy agency and Naomi one of its beautiful operatives, and is ultimately faced with a life-altering choice – and the opportunity to right the most heinous of wrongs.

Suddenly, both men were shaken out of their abstraction by the deep roar of a fighter aircraft just above their heads, flying at treetop level towards the Russian zone. The silver-grey plane, its super-charged engine screaming at full throttle, arose out of the west and almost instantly disappeared, the red star on the underside of its wing being the only recognizable identifier. “Holy fuck!” shouted Murphy. “Sorry about the language, sir. I was just caught by surprise.” “No need to apologise, Corporal. Those were the two exact words I was thinking to myself. That Russian plane is flying from the wrong direction. He’s over our lines! What the hell does that mean?” “Big blue sky up there, sir,” answered Murphy. “Easy to get lost.” “I understand that, but the Elbe is a large river, not difficult to recognize from the air. I wonder what he was doing on our side.”

A mile farther, they emerged from the canopied dirt side-road onto the paved Autobahn. They could see smoke ahead of them before they could confirm its source. A black, convertible Mercedes staff car bearing SS insignia had plowed into the ditch, dark-grey smoke curling skyward from under its hood.

"Newman’s gripping debut novel draws on first-person accounts of people who survived imprisonment in concentration camps during WWII, creatively combining several plotlines into a compelling narrative. Parallel stories highlight Maj. Bruno Schmidt’s rise in the ranks of Hitler’s Nazi Party and attorney Arnold Weisz’s efforts to protect his family from Nazi persecution. Dr. Samuel Singer, a WWII U.S. Army surgeon, is stationed in Germany, where he adopts a baby, names him Daniel, and brings him home to New York. In 1973, when Daniel and his father travel to Israel to celebrate the 25th anniversary of independence, Daniel is recruited by the Israeli government to undertake a mission identifying high-ranking Nazis who escaped to Egypt after the war. Fifteen years later, Daniel, now an assistant museum curator, receives a mysterious package from Germany and must unravel its secrets.
Though Newman’s protagonists are fictional characters, he intertwines their stories with accounts of real historical figures. His extensive research focuses on the chilling rise of the Nazi Party and the horrors endured by Jewish residents of Germany as they were stripped of their rights and sent to concentration camps. He also examines the fight for Israel’s independence as people liberated from the camps travel to the Holy Land in search of safety.
Newman effortlessly uses flashbacks and other clever devices to tie the stories together. Each narrative is richly drawn, revealing the characters’ emotions and motivations while adding the perfect amount of historical background to make their experiences believable and real. The even pacing continues throughout the novel, conveying an undercurrent of suspense that develops to a stunning conclusion. This powerful novel will enthrall any reader of historical suspense fiction.
Takeaway: Fans of WWII fiction will not want to miss this gripping story, which brims with authenticity and suspense."
Great for fans of Hayuta Katzenelson’s The Jewish Spy, Pam Jenoff’s The Diplomat’s Wife.
Production grades:
Cover = A
Design and typography = A

"Between these Walls Takes Readers on a Historical Journey. The author immediately introduces several seemingly unrelated events and characters--in a variety of times and places. The story moves from place to place and role to role--spanning time--and I did find it a little challenging to settle into the author's writing style for a while. Once I settled into the writing and began to watch the characters connect, and the story unfolds--the author was able to take me to other times and places.
Between these Walls Builds a Complex Story. The author does a beautiful job connecting the many elements of his story in a way that made the novel exciting and kept me wondering what the pages would bring. While the novel has a historical focus, it also takes a look at human nature and how the past influences the present.
Would I Recommend Between the Walls by Michael Newman? Fans of historical fiction will love the blend of the history, mystery, and strong, believable characters of Between These Walls. Readers may need a little patience as the characters and storylines build through the beginning, but once those first pieces of the story develop, expect a page-turner. I enjoyed the author's look at history and the research that went into his work--and I enjoyed the human nature aspects of the book as much or more. I would recommend this book to historical fiction fans as well as fans of dramas and mysteries." 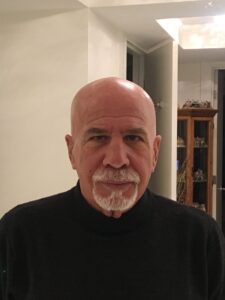 Born in Hungary to Holocaust survivors, Michael emigrated to Canada in 1957 after the Hungarian Revolution. He attended Northern Secondary School and started his own business in 1971. A lifelong entrepreneur who founded InterRent Real Estate Investment Trust, listed on the TSX. Michael retired in 2009, lives on Toronto's waterfront with his wife and dog, and has five children and eleven grandchildren. Between These Walls is Michael Newman's debut novel.