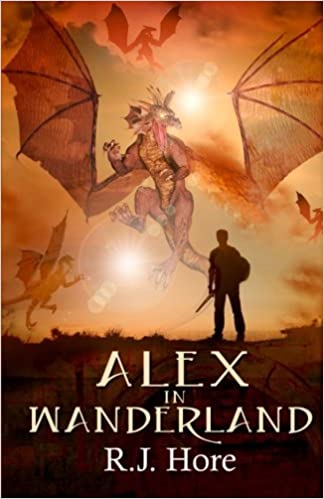 Thrust into an alternate world, a married couple finds themselves as saviors of the land, with subtle hints of a slow and painful death as their ultimate reward. Alex and Alexis find themselves on a not-so typical quest to fulfill a ridiculous ancient prophecy. Their travelling companions: the priest, the protector, and the thief, are suspect, and everyone else seems out to stop them from reaching their ultimate goal.

Alexander’s straining eyes accustomed to the gloom, and he stared around. He stood, clutching Alexis and swaying on a platform, or maybe a flat roof, at the top of a high building. A loud ringing echoed through the night. Someone pounded on a gong, a large one by the sound.

“Whatever was that?” He gasped. His stomach did a flipflop.

He inhaled wood smoke, or perhaps some sweet incense. Alexis held a firm grip on his arm.

She moaned. “What happened? Oh, my head.”

“The Twins have come, they are here,” a hoarse voice shouted from close behind him.

Roaring rumbled up from far below. He turned around, Alexis still hanging on tight to him.

A round, bald man garbed in a yellow robe stared at them wide-eyed. The glow from a nearby torch gleamed gold off his nose ring. He shouted, “Quick, acolytes assist them.”

Half a dozen men, also hairless, and garbed in what appeared to Alexander to be lemon-yellow bathrobes, rushed forward from behind a high, triangular archway and pressed around them, bowing and bobbing like a flock of hungry pigeons. The newcomers surrounded the clinging pair, reaching out for them with painted nails.

“Get your filthy hands off me,” Alexis cried out.

From the strangled sound of her voice, she struggled to hold back a full-fledged scream.

"I have to admit, I’m not much into fantasy. …That being said, Alex in Wanderland is a fun book that can work on the purely juvenile, face value level, or it can be elevated to a more adult level and scrutinized through the lenses of religion and world politics. Adults look at it as a modern reworking of nameless ancient myths. You have the players: the thief, the protector, the priest, the prophecy, the saviors, the twins …it goes on and on. Plus there’s cute little jokes thrown in too. The goddesses’ name is Gladys. The opening scene was probably my favorite, though, because of some of the things that Alexis, the wife, say to Alex are the exact same things my husband says to me. Except, he’s the spend thrift and I’m the one scolding about the gadgets. Overall, like any good myth, it’s about pushing the boundaries of the expectations that society and yourself have for you. That’s what happens."
— 4 out of 5 stars