A Cowherd in Paradise

From China to Canada

by May Q. Wong 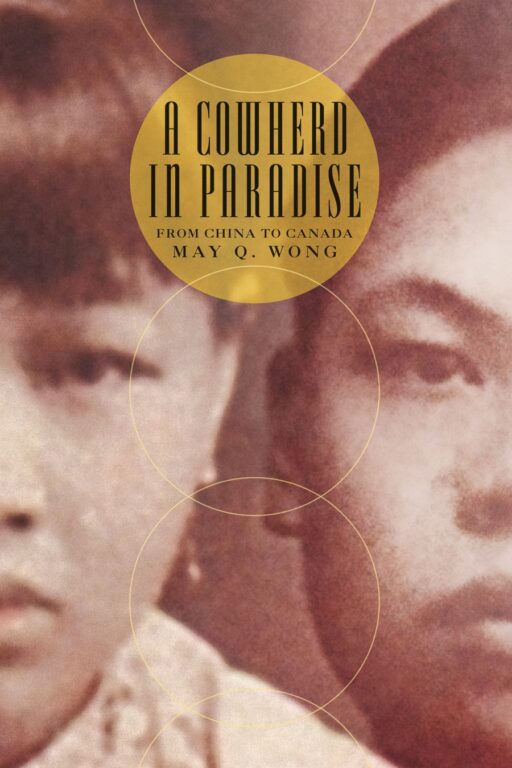 Which is harder to find – a family to belong to, or a country to call your home? Which is easier to forgive – a spouse who hurts you, or a nation that rejects you? Wong Guey Dang (1902-1983), from rural China, was sold as a child. In 1921, his adoptive father paid a five hundred dollar head tax for Ah Dang to come to Canada. Driven to create a family of his own, Ah Dang braved political, social, and economic barriers to return to China. Jiang Tew Thloo (1911-2002) was born on the dying edge of Imperial China. At the age of six, Ah Thloo was responsible for her family’s fortune – their water buffalo. Married for over half a century, the couple was forced to live apart for twenty-five years because of Canada’s immigration laws. A courageous defender against invaders and compassionate champion of the weak, Ah Thloo became a role model to all who met her. The span of the couple’s lifetimes was one hundred years. They lived through the overthrow of a dynasty; the Great Depression; two Chinese revolutions; Canada’s Centennial; and the turn of a new century. Readers get a rare peek into a living ancient culture, from a country that hid from foreigners. They will taste and smell the foods, see the eternal landscape, feel the despair, and celebrate the joys of daily life. The reader will also get a first-hand account of what life was like for the Chinese in Canada during the first half of the twentieth century. In 2006, the Prime Minister apologized to the Chinese people for Canada’s legislated discrimination, acknowledging the long-term consequences it has had on their families. This book tells a very personal story about those impacts.

My father reinvented himself several times during his life. However, the first time he underwent a change, the decision had been irretrievably made for him.

At the age of six, he was sold.

Until then, he had been the youngest child of the Liang family, with many brothers and sisters. His parents, landless peasant farmers, had long depended more on their children’s wiles than their own labours to bring food into the house. Floods and pestilence had ravaged the countryside and the tiny plot of land the family leased to raise food had not been spared. The soil was as barren and dry as a piece of chewed-up sugar cane. The children lived through cunning – begging, scrounging and even stealing anything edible. They scraped the hillocks and fields clean of twigs and grasses, used as chai, kindling. The small bundles sold on market days for rare copper coins, which they turned over to their father. What little money their father could hoard, he wasted mostly on gambling, praying to the gods for luck. It seemed the gods were too busy dispensing luck elsewhere.

His father had another escape; he always kept enough coins for a few plugs of opium. Although the Imperial government had banned the use and sale of opium since 1796, China had been forced to allow the British to trade the drug after the country was defeated in the Opium Wars of 1842 and 1860. In 1908, the year my father was sold, the commodity was still readily available. For so many, it was the only relief they had from the tortuously slow deaths they knew as their lives.

For his father, smoking the sweet pipe into a dream-filled sleep was perhaps a vain attempt to forget his bitter failures. There were too many mouths to feed and not enough of anything. The pressures of hunger, poverty and hopelessness were too much to bear unaided. His only solution was to offer his youngest son for sale to a man of means.

Thus, my father became an only child of two strangers of the Wong clan. This relatively prosperous family had sought out a boy to bring home and raise as their own, a replacement for their own dead infant son.

In Confucian China, a male child carried the hopes and dreams of a family. More importantly, a son projected the historical significance of the family into the future and ensured that ancestors would be remembered and cared for into perpetuity. Family shrines in the home and gravesites needed regular tending. Daily offerings had to be made. In most households, these would have been paper offerings, respectful sentiments written on red streamers. Incense would be lit, lifting the family’s prayers, floating on sweet spirals to heaven.

May Q. Wong’s A Cowherd in Paradise: From China to Canada was reviewed along side Vincent Lam’s The Headmaster’s Wager (Random House). Canadian Literature said that they both “offer nothing less than a Canadian ethnic and multicultural history, in which the changing social image of Chineseness is embodied in the existential shifting of individual and family identity.”

"The history of the Chinese in British Columbia tends to focus on the lives of men, who were the vast majority of settlers and sojourners from China in the nineteenth and early twentieth centuries. Yet their experiences were inescapably intertwined with those of the mothers, wives, and daughters who stayed in China, as well as the few Chinese women who lived in Canada. Shelley Ikebuchi’s From Slave Girls to Salvation and May Wong’s A Cowherd in Paradise suggest how women played a central role in this history. Taken together, these two very different works demonstrate the complexity and diversity of women’s historical experiences and cast new light on the early history of the Chinese in Canada. Ikebuchi’s monograph is a rigorous academic study of the Chinese Rescue Home in Victoria, while Wong’s book is a work of creative non-fiction. From Slave Girls to Salvation sets out to investigate the collective and multifaceted experience of the four hundred or so women who spent time in the Home, while A Cowherd in Paradise follows one family’s experience. As their titles indicate, both books address a persistent and formulaic trope in Canadian immigration narratives that is characterized by the dual stories of an “old” life that is left behind for a “new” and better life. But where Wong’s story is one that reinforces the celebratory narrative of immigration, Ikebuchi’s findings challenge this convention...
In A Cowherd in Paradise, May Wong provides one voice in this aperture with her intimate reading of her own family history through personal interviews and memoirs. Wong’s novel follows the life of her parents through the course of the twentieth century, focusing primarily on their period of separation from the 1920s until the 1950s and the equally long process of reconciliation that followed. The story ends in 2007, with the fulfilment of a lifelong, multigenerational dream for the family to be united in Canada — almost twenty-five years after her father’s death. The British Columbia content in this book is minimal. Her grandfather spent most of his life working in Canada in the late nineteenth century, but Wong has little more than this to offer about his experiences as a “Gold Mountain Man.” His son, Wong’s father, worked in the fishing and logging industry in British Columbia the 1920s, but the stories in this novel are primarily set in Montreal, where he settled in the 1930s. Nonetheless, Wong’s rich account of the lives of the wives, daughters, and mothers of “Gold Mountain Men” has something to contribute to a part of British Columbia’s history that is often neglected because it did not happen on Canadian soil. A Cowherd in Paradise provides an honest and sustained description of the experiences of “Chinese-Canadian” women like her mother and grandmother, whose lives occupied two disparate worlds. As this story demonstrates, women, even in their absence, were one driving motivation that brought Chinese men to Canada and kept them working there despite racism and prejudice.
The story of a family kept apart because of racist immigration policies, A Cowherd in Paradise ends with the victory of citizenship. In her account, Wong’s family “overcame” racial discrimination to achieve success as Canadians. In contrast, Ikebuchi’s more subtle reading shows that Chinese, Japanese, and mixed race women were detained, trained, and re-educated in ways that reproduced and reinforced racial hierarchies in order to find acceptance within the Canadian nation. Still, A Cowherd in Paradise is not strictly a story of the triumph of immigration; it also tells of exclusion, separation, and prejudice. In the same way, From Slave Girls to Salvation affirms white privilege, but it is also about a space where cross-racial contact was encouraged and benefitted both white women and women of colour. In both these works we find a more realistic interpretation of Canadian immigration history than the duality of an old versus new life, and both books acknowledge the diverse experiences of Chinese women as well as the challenges of inclusion within a fundamentally racialized nation." 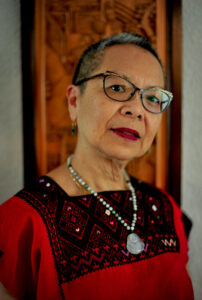 The joy of writing is in discovering and chronicling the extraordinary in ordinary people. May is privileged to have met some interesting people and to help them give voice to their stories. Born of Chinese immigrants impacted by Canada’s head tax laws and raised in the diversity of Montreal’s “Main,” May became aware of social justice issues at an early age. She was educated at McGill, the University of Guelph, and the University of Victoria. Her 17-year career in the British Columbia Public Service and various long-time volunteer activities, including the Victoria YM-YWCA, the national YWCA, Minerva Foundation, and the Saanich Police Board, focused on promoting diversity, equity, and inclusion.