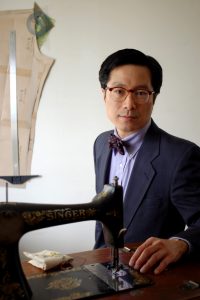 JJ Lee grew up on Montreal’s South Shore. He studied fine arts at Concordia University and holds a Master of Architecture degree from the University of British Columbia.

His fashion and personal essays are published in ELLE Canada. His memoir piece, “ELLE First: You are beautiful,” tied for GOLD at the 2011 National Magazine Award for Best Short Feature.

JJ will be moderating the publishing and the agent panels on Friday and Saturday afternoon at CanWrite! 2019.