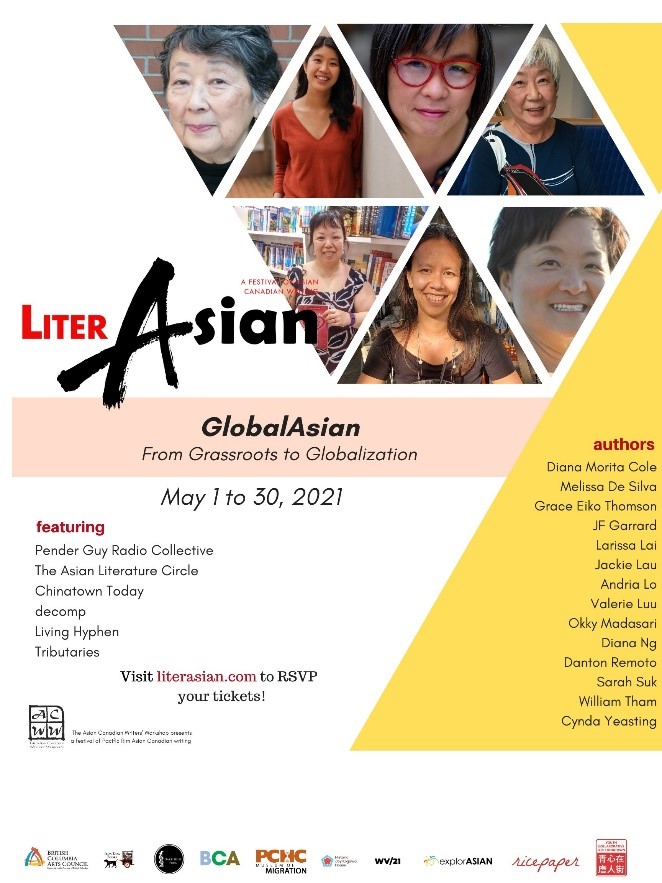 This year’s festival GlobalAsian: from Grassroots to Globalization features authors and cultural activists from not only Canada, but across the Asian diaspora. As “Asian” cannot easily be defined within geographical borders of one continent, but rather a conceptual collection of experiences and memories, LiterASIAN shines a spotlight that critically examines what it means to be a storyteller of Asian descent.

This is the second year that LiterASIAN will be virtually broadcast live across the world festival will feature events featuring authors from across North America and the world.

An ancient Javanese word, Nusantara means “outer islands” referring to the islands outside of Java under hegemony of the Majapahit Empire. The history of this word and region transcends both Western neologisms and national borders, and includes the sphere of influence of related cultural and linguistic islands stretching from Sumatra to Luzon. At the same time, the culture and history of this region have been shaped by the forces of colonialism and immigration, both of which sometimes operate in tandem, leading to both complications and new possibilities. Showcasing writers from across this region, this session highlights the diversity of Asian literary traditions.