PICK YOUR OWN PYI!

Pick 4 of the 12 live-streamed (or recorded) sessions. Keynotes included with all registrations. 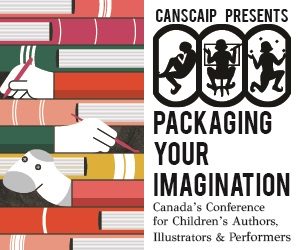 Want to get that first book published? Tips from our Breaking-In Panelists will make it easier!

Loretta (Jafelice) Garbutt, a voice and animation performer in Toronto for over 30 years, had her first picture book, A Stopwatch from Grampa, published in April 2020. It received starred reviews from Kirkus and School Library Journal. Her second picture book release is in Spring 2022.

June Hur, born in South Korea and raised in Canada, is the author of The Silence of Bones, a YA historical mystery set in Joseon Dynasty-era Korea. It was selected by the American Booksellers Association as one of the top debuts of Winter/Spring 2020.

Andrew Katz just wants to write, but he sometimes has to clear away his dishes, much like Nino in his second picture book, I Just Want To Be Super! Andrew also co-wrote How To Catch A Bear Who Loves To Read. The French version, Comment attraper un ours qui aime lire, was nominated for a 2020 Forest of Reading Award.