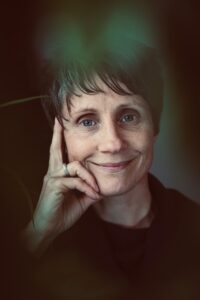 Joanna Lilley is the author of three poetry collections: Endlings, which won the Fred Kerner Book Award, If There Were Roads and The Fleece Era, which was nominated for the Fred Cogswell Award for Excellence in Poetry. She’s also the author of the novel Worry Stones, which was longlisted for the Caledonia Novel Award, and a short story collection, The Birthday Books. Joanna moved from the UK to Canada in 2006 and has given readings and workshops in places as far afield as Alaska and Iceland. She lives in Whitehorse, Yukon, with gratitude on the Traditional Territories of the Kwanlin Dün First Nation and the Ta'an Kwäch'än Council.