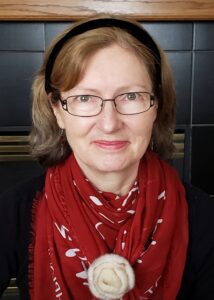 Doreen Vanderstoop is a writer and performing storyteller/musician based in Calgary, Alberta. Doreen’s short fiction has appeared in the 2021 40th anniversary Alexandra Writers’ Centre anthology, Prairie Fire Magazine, and online at Montreal Serai, CBC and prairiejournal.org, among others. Her debut novel, Watershed, was published by Freehand Books in May 2020. Watershed has received wide critical acclaim, appearing frequently on best seller lists in Calgary and Alberta and prompting Doreen’s participation in author panels at the Calgary Public Library, the Victoria Festival of Authors and Word on the Street Toronto. She also performs songs and oral stories of all kinds for audiences of all ages. 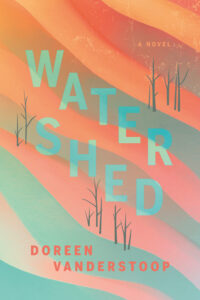