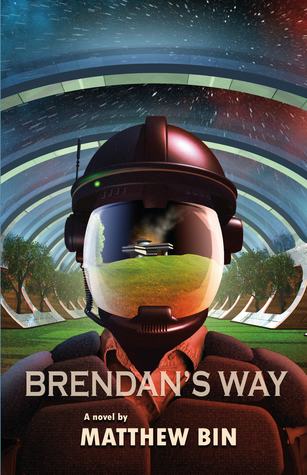 It was like winning the lottery when Brendan Collins was approached with an offer he couldn’t refuse: a fresh life on Ellis—the new home world, they were calling it—with a generous plot of land and everything he would need to build a prosperous existence. Life far away from his drunken father and their miserable farm was sweet enough but, more, he was to travel in the company of a beautiful red-head, posing as her husband.

It all seemed too good to be true.

Before long, Brendan finds himself involved in events that made his protest marches with the Farmer’s Collective seem like a walk in the park. His so-called wife, Neala, treats him like dirt while she pursues a mission that grows more dangerous by the day. Now, he is asked to choose between the promises he had made and the betrayal of everything he had come to believe.

And whichever way he follows, it is likely to end in death.

I had wanted to see the ship before we boarded; it wasn’t as though I got on a colonial cruiser every week. It was apparently not to be. I had no view of the huge round hull of the Imram, my home for the next three months, but instead trudged past an unending series of square metal panels that lined the long, grey tunnel.

The trunk I was carrying was a good weight, and it was a struggle to keep my end of the trunk low so as not to make the other end heavier. At the other end, having no trouble at all, was my wife Neala. Tall, strong, confident. Great legs. I tried to ignore those legs, or what portion of them I could see, as they worked steadily in front of me. Paying attention to things like that wouldn’t make this trip any easier.

When we’d first met, an hour or so beforehand, she was curt and businesslike. She embraced me as coldly as a tree branch, and from then on we had barely touched. When our names were called in the departure bay, she patted my arm tenderly as she leapt up to take one end of the trunk we were travelling with, but then stood waiting with furrowed brow and thinned lips until I took my place at the other end; then she lifted her handgrip and I was left scrambling to keep up with her. 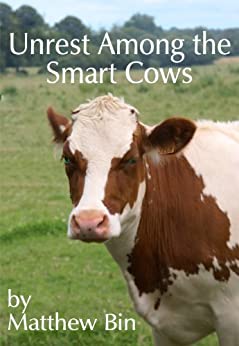 A government inspector is sent to examine a dairy facility housing "smart cows", cattle that are genetically modified to enable them to communicate with humans. After seeing the run-down farm and its two horrible keepers, he thinks something must be wrong. But only a furtive—and inspiring—meeting with one of the cows tells him the farm's ugly secret.

I parked my big white van diagonally in front of Unit 234’s office door, making sure to kick up a sizeable cloud of dust and gravel as I slid to a halt. I had no reason, strictly speaking, to sign out a van, since all I was bringing was a clipboard. But I had learned in my time that the inspections were a lot easier—especially the first time I showed up at a place—when I acted like a jerk.

I threw the flimsy office door open and stepped quickly through, allowing it to bounce off the outside wall and slam closed behind me. A good entrance. There were two desks in the room, both manned by portly, sunburnt farmhands in sweat-stained t-shirts, their regulation overalls unzipped to their waists and dangling behind them. They both stood leapt up.

“Who’re you?” one of them grunted.

I smiled and fished around in my jacket for my badge. I found it and flipped it open. “Inspector Carville. It’s your semi-annual today.”

I was looking only at the one who had spoken, but I knew they were exchanging meaningful glances around me.

One of the lunks pointed two-thirds of an index finger at the other. “Hank ’ll take you around.”

I turned to the other man. “You’re sure? I don’t mind showing myself—”

I stopped when he produced a shotgun from somewhere under his desk. He sniggered. “For your p’tection,” he drawled. 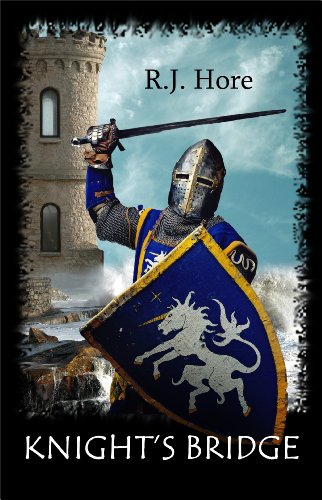 A bloodied knight fleeing a lost cause rescues a woman escaping from the madness of a burning countryside and guides her and her daughters to temporary safety. An angry warlord is dispatched to seize a bridge but decides first to divert and ravage a small town. A young squire, following his master into his first battle, has numerous fears and uncertainties to overcome. Each have a story to tell and they all meet together in the clash around the Pax Regis, the King’s Peace, a magnificent stone bridge over the Matriarch, the Mother of Waters.

A tale of brutal warfare, adventure and romance, with the destiny of a kingdom at stake, the lives of the four main characters hang in the balance, yet the widow Eodithe of West Riverside still hopes for a normal life, for herself and her two young daughters, if they can survive.