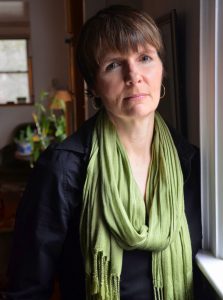 is an accomplished playwright and the author of ten critically acclaimed novels, including Alex & Zee, Teaching Pigs to Sing, and Lemon. Winner of the CBC literary competition and a Toronto Arts Foundation Award, she has been nominated for the Governor General’s Award, the Trillium Book Award, the WH Smith/Books in Canada First Novel Award, the Prix Italia, and long-listed for the Scotiabank Giller Prize.  A two-time finalist for ACTRA’s Nellie Award celebrating excellence in Canadian broadcasting, she is also a three-time nominee for the ReLit Award. On the Shores of Darkness, There Is Light has won the 2016 Toronto Book Award. cordeliastrube.weebly.com

Cordelia will be facilitating a workshop – Rejuvenating the Fictional Impulse – at our CanWrite! conference on Saturday, June 24 from 2:15 – 4:45 pm.