The Wreck of HMS Speedy: The Tragedy That Shook Upper Canada 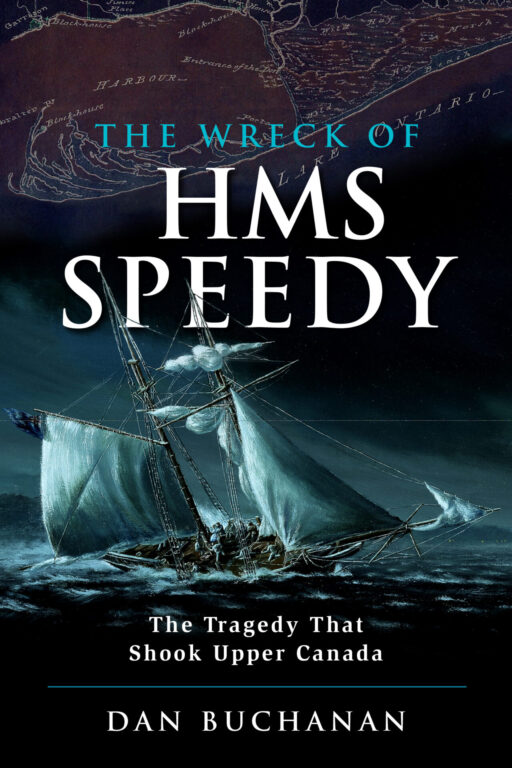 HMS Speedy was a British gunboat that disappeared in a bad storm off Presqu'ile Point in October 1804 with twenty souls on board. Dan Buchanan provides a fresh look at the events leading up to the loss of the ship and the aftermath, focusing on the people involved and the forces at play in Upper Canada at the time. Then, the story jumps to the modern day with never-before published information about the search for the remains of the Speedy that took place in the early 1990s. Was it the Speedy they found? Why is it still a mystery? Buchanan's use of deep-dive research along with narrative non-fiction presentation make this book a page-turner and a story you will talk about with friends and family.

Just a few weeks after finding the piece of eight, Burtt and his crew were back out on Lake Ontario, in the same general area south of Presqu’ile Point. His company was an agent for a marine exploration company in Florida headed by Mel Fisher, the legendary treasure hunter who had found the Spanish galleon Atocha in 1985. On this day, they were testing a new model of underwater video camera. For several hours they towed the camera under the boat, recording video onto a VHS tape as they went.

Reviewing the tape a couple of days later, Burtt saw intriguing objects and shapes that looked like pieces of wood or metal, often with jagged edges. Some items reminded him of very old shipwrecks he had studied and seen over the course of his diving career. One in particular came to mind. He recalled reading that HMS Speedy had been lost in this area in 1804 and the wreck was never found. Together, the coin and the video conjured the possibility of an important historic shipwreck not far from home. Resources were available and, as a professional diver, Ed Burtt had plenty of motivation. It was like waving a red flag in front of a bull. The explorer in him could not resist.

“A maritime mystery drives this powerful narrative; but the greatest strength of HMS Speedy may be its evocation of a time, a place, and a cultural clash spawned by misunderstanding. Buchanan has done his research and it shows. This one's a keeper.”

"The Wreck of HMS Speedy: The Tragedy That Shook Upper Canada" is a terrific page-turner—a vivid recreation of a story that rocked 1804 Upper Canada. More than a story of a shipwreck, Dan Buchanan captures the swirl of events from a murder to an arrest, and the political decision that led to twenty people drowning on Lake Ontario.” 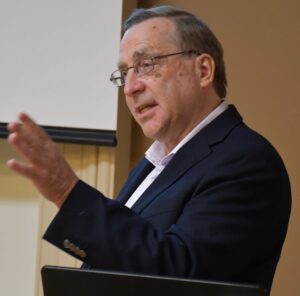