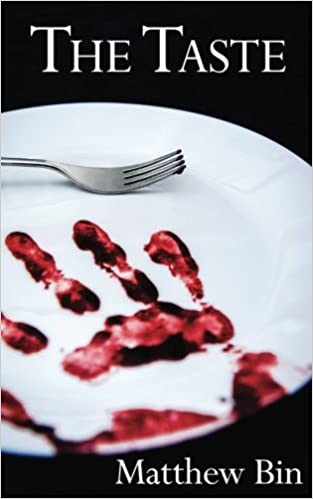 Corporations don't care whether their products are good for you, they just want to hook you on the taste. And when a corporation finds a taste that no one can resist... Jack Truscott didn't want to embezzle money from Lithiate Chem, where he's head of research. But after a messy divorce and a big settlement, he had to "borrow" a couple of hundred grand. He just didn't think people would notice his creative accounting so soon. Now he's got to get a big quarterly bonus and return the money before he's found out. All he needs is a breakthrough from the research department. His top researchers, Chad and Lacy, might have the solution. They've developed a substance they call "the Taste", a flavor enhancer so powerful that people fight each other just to get a sample of it. Controlled correctly, though, it's a winner. Rushing it to market will ensure Jack his big bonus, but what will this incredible new substance cost him... and everyone? See if you can resist The Taste, an intense and gut-wrenching thriller.

Jack had been to a number of lunch-and-learn sessions about taste buds in his time at the company. They always had the same kinds of diagram: bulbous taste buds, looking like pink teeth, made up of three or four irregular blobs, the receptor cells, outlined in black. Black threads hanging down from them, nerve endings, up to fifty of them. Something touches the cell, stimulates the nerves, and sends a signal to the brain. That was taste.
That was what he knew about taste, all of it. Nerves, receptors—the rest was just words. Just more science.

“Really,” Jack said. He used to get excited when he heard this; now he’d learned mice would go nuts for anything: peanuts, corn, wood, mouse meat.

“It’s got no odour or colour,” Chad went on. “It’s really strong. Like, irresistible to the little guys.”

Jack looked at Lacy. “Where does it rate against, say, salt? Or MSG?”

Lacy looked away, as if searching for the answer; she didn’t find anything, and looked back at Jack. “Stronger,” she said.

“Way stronger,” Chad cut in. “We stopped giving it to the first test batch, and they starved.”

“It killed them?” Jack exclaimed. This was already worse than the coffee idea.

“No,” Chad said. “They wouldn’t eat anything that wasn’t treated. And when we ran out of the first batch, they starved.”