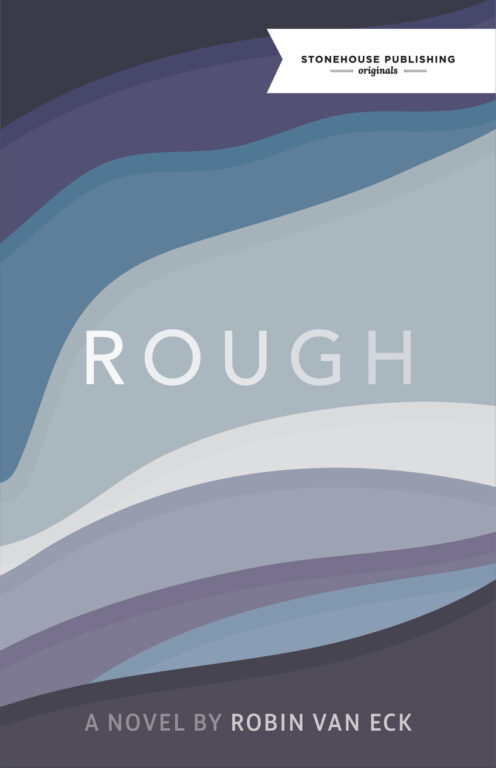 It is 2013 and Calgary's Bow River is beginning to rise. Two homeless men stand by the bank and contemplate the death of another friend-an accident? ​ Taking cover downtown that night, Shermeto intervenes in the attack on a bar patron, and finds himself laid up in the hospital. Outside, as the city reels from an unthinkable disaster, Shermeto finds himself away from the swelling river and face-to-face with a part of his past he is trying to hide from: his daughter Kendra.

Shermeto stands on the bank, listening to the steady hum of the water. The calming murmur usually sets him at ease, but today has been a bad day. First, he couldn't get a meal at the drop-in centre because he'd been there too many times this week. He tried begging for money, but everyone seemed impossibly distracted today or gave him a hard no, one guy even told him to get a job. Then a dog peed on his shoe. Eventually, he'd scrounged up enough cans to get a cup of coffee, but that was this morning and try as he might, it's hard to ignore the hunger gnawing on his insides.

The water cuts over the rocks, polishing them to a sheen, edging up closer to their feet. Only last week the river was at least a foot farther out. It's angrier now, frothing.

Against the backdrop of Fort Calgary, Jagger sways beside him, playing with something in his pocket, like a fidgety child. A plaid work shirt hangs open over an ACDC t-shirt, worn from black to gray, the logo faded and peeling. Jagger's eyes are as dark as his hair and he wears a grin that puzzles Shermeto.

'Calgary author's debut novel explores homelessness, family dynamics against the backdrop of the 2013 flood. Robin van Eck can trace the origins of her debut novel to a startling image that she couldn’t shake. It wasn’t something the Calgary author had actually seen herself. But years ago, someone had told her about the mass evacuation of the Drop-In Centre in July 2013, which saw 1,000 people displaced from the building early one morning as the Bow River continued to rise. Van Eck pictured a procession of men and women being marched across the Centre Street Bridge.
“I couldn’t get that image out of my head,” she said.
The scene makes its way into Rough, a novel about a man forced to come to terms with his past, and his daughter, as the Bow River begins to rise.
Shermeto is stubborn, haunted and seriously ill after living on the streets of Calgary for years. When he attempts to defend a woman being attacked outside a bar, he finds himself laid up in the hospital and garnering the unwanted attention of Kendra, his equally stubborn but estranged daughter. Told in shifting perspectives between the two protagonists, Rough began as an exploration of homelessness. It was the issue that, at least initially, pushed the story forward.
Van Eck began watching YouTube videos about homeless communities and “just bawling.” She wrote a first draft of Rough but eventually felt she needed to do more hands-on research in downtown Calgary. So, in the summer of 2016, she began conducting her own interviews.
“I would pack a big lunch and take it and find someone who looked like they were hungry and just talk to them and give them lunch,” she says. “I had some fantastic conversations with people down there. For me, personally, that was a real shifting point. I think back to that first draft and I definitely had to tone it down. The first draft was a little too stereotypical of what we would expect of homeless people. It really helped remind me that they are people just like everyone else and they have other things dictating how their lives have turned out.”
This is not to say that Rough is an overly didactic story dominated by a social issue. Despite the sad and often violent backdrop of living life on the streets of Calgary during the city’s worst natural disaster, the father-daughter dynamic at the heart of the novel is nuanced and, according to van Eck, hits close to home.
“It’s largely about my own relationship with my father,” she says. “While he was never actually homeless, he was very close a lot of times. As his daughter, I always wanted to help but there was this degree of distance he would create, dwelling in his own issues, so it was hard to connect with him as much as I wanted to.”
Her father has read the book, who told his daughter “I can see a lot of us in this book.”
“I think the first draft I wrote, the main character was very much my dad and it took several drafts to create a bit of a distance,” she says.
Early on, she got feedback from others. Currently the executive director of the Alexandra Writers’ Centre Society and a creative writing teacher, van Eck set up her own writing group that would offer guidance on her manuscript. Van Eck grew up in the B.C. Columbia Valley before moving to Alberta 20 years ago. The Calgary she came to then was much different than it is now, she says. It was a vibrant, bustling city full of work, promise and hope before the decline in oil and gas began taking its toll. So while the setting was initially pragmatic — the author lived here and it was the setting of the flood — it eventually became an appropriate backdrop for the story she wanted to tell.
“It’s not the city it once was,” she says. “I guess it shows us how quickly things can change.”'

'The epigraph to Rough, from The Hobbit—“There is nothing like looking, if you want to find something. You certainly usually find something, but it is not always quite the something you were after.”—could not be more fitting. Rough is not only about living “rough,” homeless on the streets, but also about ways of looking, seeing and, especially, about going through the world unseen—and what you find when you do. The novel’s main character, Shermeto, formerly a photographer, taught his daughter Kendra about looking (she now makes her living as a photographer)—though his deceased wife, funnily enough, once told him he was so busy looking through his camera he didn’t see what was in front of him.
Crap happens, and Shermeto now lives along the banks of the Bow River in Calgary. Although he is “kind of a dick” to Kendra, I grew rather fond of him. He has suffered heartache so deep he can no longer live among “the homed.” He is comfortable among the homeless because of the tacit agreement that you don’t have to talk about what torments you.
His family are the people of the streets and the riverbank, who drift in and out of his life—faster sometimes than changes in the weather. This world has a timelessness to it; one day is like the next, spent looking for food, a dry place to sleep, and, mostly, ways to numb pain. When his acquaintance Jagger meets up with him one day and Shermeto tells him he’s headed “nowhere special,” Jagger’s response is “I’m headed there too.” They are in a survival mode so intense that the dangerously flooding Bow (the story takes place in a six-day period during Calgary’s 2013 flood) is well off their radar. As the river gushes over retaining walls and into streets and houses, we learn that most of the homeless people Shermeto has befriended have mysteriously died (and, eventually, why), and he latches on to a homeless mother and son, hoping to make things right with them in ways that he could not with his own family.
The story is told through the eyes of Shermeto, Kendra and the Bow, which is given its own short, often poetic chapters and speaks up briefly in others. The river (and Shermeto) help us see what we might not otherwise notice; the river is the great seer of all things, ultimately finding something it was not after and becoming not only seer but judge that metes out justice.
This is a first novel and is more convincing in some parts than others. The heart of the story, for me, was in watching a daughter who doesn’t understand why her father can’t simply be happy among “the homed,” and a man who has found some measure of peace living “rough,” hunkering in the dark by a noisy overpass, where he becomes a “little blip in this godforsaken universe.”' 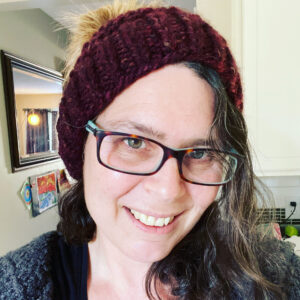 Robin van Eck is a fiction writer based in Calgary, Alberta. Her work has appeared in numerous literary magazines and anthologies across Canada and Internationally. Her first novel, Rough, was released by Alberta-based publisher, Stonehouse Publishing in November 2020.