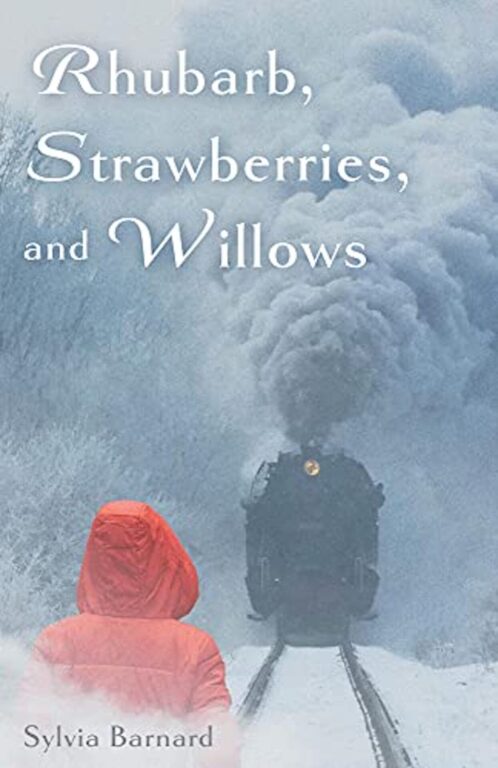 Kate Dumont Walker thought time travel was silly science fiction until the day a train whistle explodes in her head and she is thrown back in time to 1881. Follow Kate as she battles the pain of loss, the guilt of abandonment, and finds her place on the banks of the Spanish River. What is her role as history unfolds around her? Can she prevent the Spanish River Train Disaster? Should she? Kate's story exposes our longing to define ourselves on our own terms, our drive toward that elusive sense of belonging, and the lengths we are prepared to go to protect the ones we love.

I crossed the river on the Trans-Canada Highway, and then snowshoed into the woods. This was what I needed—crisp air filling my lungs, bright sunshine sparkling off the fresh snow. My cheeks were soon tingling as I strode through the powdery snow. My promise to Gran to stay away from the river briefly tickled my conscience, but it was such a perfect day for snowshoeing. What would be the harm?

Since the railroad track was rerouted in the 1920s, the path of the old track has been used by hunters, loggers, and campers, keeping it easy to navigate. My trail was flanked by a reception line of evergreen trees standing like elegant ladies dressed in their snowy white gowns. Birds flitted among the bare birch branches. Squirrel and rabbit tracks littered the snow, and I even crossed several deer trails.

The trail ended at the site where the previous railway bridge had crossed the river. The old piers continued to stubbornly part the waters, even though they’d lost their purpose decades ago when the bridge had been removed and the track rerouted. If I stared at the space between the piers, would the bridge appear in my mind? My thoughts were pulled into the sound of the whistles as the one o’clock train crossed the current bridge, running parallel to the highway about half a mile behind me. A tremor rose through the soles of my boots, up my legs. Suddenly, it was as though the train were driving through me, as if I were the track, as if the locomotive pushed into my chest. I fell backward into the snow.

The screech of metal wheels on rails and the desperate screams of people filled my head. I blacked out.

"The mark of a good book is that you can't put it down. Rhubarb, Strawberries, and Willows is that kind of book. Characters that spring off the page. A real privilege to read."

"The kind of book that leaves you feeling lost when it's over. The characters are alive, the story compelling." 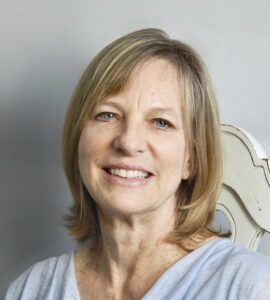 In retirement, after a forty year career helping students achieve their aspirations through learning at the elementary, secondary, and post-secondary levels, I’ve rekindled my love of storytelling. I'm a recent graduate of the Humber College Creative Writing Post Graduate Certificate and sit on the Canadian Authors Association Board. Rhubarb, Strawberries and Willows is my debut novel, an historical fiction with time travel, romance and science fiction set at the property on the Spanish River where I lived in Northern Ontario, while I wrote the book. I live with my husband under a canopy of maples, on a small lake near Penetanguishene, Ontario where I snowshoe, kayak and take long hikes with my dogs when I’m not writing.