The book is a work of fiction, intended for teens and young adult audiences. It is near the end of the 21st century and Earth’s non-renewable resources are rapidly dwindling. Earth has already sent expeditions to Mars and Venus. Listening posts on Earth have received undecipherable communications from deep space from Jupiter and/or its moons. Unmanned probes have detected potential icy shards on the surface of Jupiter’s moon, Callisto. Join Expedition Commander Haley Hilstrom, the crews and mission specialists of the star cruisers, Pegasus and the McCain along with their supply ships, the Luke and the Hudson, as they embark on their 400-million-mile journey to find urgently needed resources for Earth and to answer the question, “Are we alone in the Universe?”

Kinny was struggling with the controls of the Pegasus that were either non-responding or, at best, sluggish. Broddy was occupied and struggling with the numerous alarms and flashing warning lights on his consoles and on his heads-up displays as system after system was failing like falling dominoes. They were being starved of power. The ship was shaking with intense vibrations. Some of the mission specialists were crying and praying. They were in zero gravity — objects not tied down were floating all around.

“Captain ... I am not sure how much power I can give you,” said Brody, his voice rattling, partially out of fear and also due to the vibration on the ship. “The Pegasus was not built to be a glider. I don’t think she is going to make it.”

Both of Kinny’s hands were busy adjusting the controls. She kept her focus on her altimeter and on the ship’s speed.

“CHIC,” Kinny called out. “How are we making out with the power shutdown to the reactor? What do you have for me with reserve power?”

"I love how the author has integrated such a diverse group of characters into a gripping story of space exploration and discovery. People from different countries and races and abilities, including autism and Down syndrome, bring their unique abilities and strengths to the tremendous challenge at hand. The story is set in the future but, like all good science fiction, has lots to say about the world we live in now. Kudos Richard Walker!" 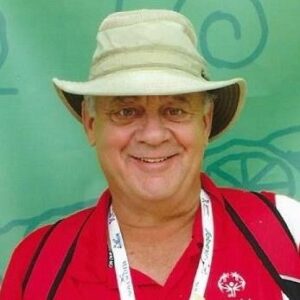 Richard Walker is a retired Chartered Professional Accountant. He grew up living around the world as the son of a Canadian Armed Forces serviceman. For over 25 years, he has volunteered his time with Special Olympics as a golf and powerlifting coach for teens and adults with intellectual disabilities. This is his first novel. Rick and his wife Suzanne live in London, Ontario. They have two adult children, Danielle, and James. Rick’s inspiration for writing this book comes from his family’s involvement with Special Olympics from the local to international levels. For Rick, it’s about focusing on developing the abilities that people with intellectual disabilities are blessed with. Proceeds from the sale of this novel will go to Special Olympics.