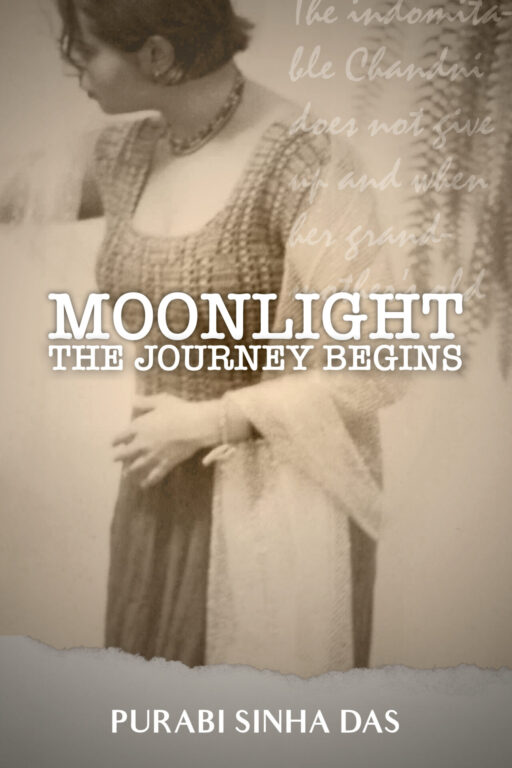 Chandni Rai's safe life as the grandchild of Indian royalty slowly erodes when her father dies. And she discovers a clue to the mystery of her missing grandmother, a child-bride. As time passes, the family disgrace remains a topic of crude speculation among the townspeople. After her marriage, 19-year-old Chandni makes a journey by train that turns perilous. But, she learns the sinister secrets of her family. Chandni crosses continents to join her husband only to confront deceit and be subject to abuse. Can the warrior in Chandni flout convention to free herself from an abusive relationship? Will she return to India with her son? Is she prepared to face rejection by society? Can she fulfill her grandmother's vision?

Spanning a period between early to mid-twentieth century, and moving from eastern to central India then to Manchester, England, Moonlight - The Journey Begins explores the complexities of life, Christian missionary influence on colonial India, female power and courage, the love for one's family that is willing to forgive them for their mistakes, and learning from ancestors.

Time was running out for Chandni. The horses were gaining ground.

She was filled with fury.

Chandni vowed she would not let them take the chain, a wedding gift from her mother.

And she wouldn’t give up without a fight.

Her fingers with their broken and bloodied nails curled around the chain to continue pulling, until she felt her neck was on fire. She bit her lip from crying out. The gold chain slithered down, leaving a trail of wet, warm liquid, to land inside her blouse where it lay snugly between her breasts.

There were two riders. They spoke to each other. Although she couldn’t understand their dialect, it was obvious that they were arguing. They started to move away from her; the tension was just starting to ease in Chandni’s limbs, when all of a sudden, there was the unmistakable pound of returning hoofbeats.

She held her breath. She must pretend to be dead.

The man was standing over her. With one booted foot, he turned her over.

Her hackles rose. How dare he touch her with his dirty boot?

"Purabi Sinha Das elegantly describes the struggles of two generations of women through the lens of a patriarchal Indian culture. The reader will be absorbed with Chandni Rai’s journey as she peels back layers of family secrets to find her missing grandmother...finding the strength to cope with her own...reality. A complex and moving story."

Nina Ganguli, Certified Life Coach & Author of Confessions of a Can’t-aholic: How to go from “I Can’t” to “I CAN”! wrote:

"From the moment I read the first page I was pulled into Chandni and Kanta’s worlds...characters woven so intricately together, leaving the reader in anticipation of the next puzzle piece…shift between space and time so beautifully crafted. I couldn’t put the book down...a must read!" 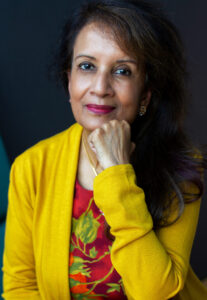 Purabi Sinha Das originally from India now settled in Canada writes literary fiction, poetry and personal essays. Her short stories and poems published in literary journal and community newspaper are inspired by her travels, life in general and growing years in a small town in Bihar now in Jharkhand. To bring joy and comfort to readers through the written word is Purabi's vocation. Moonlight - The Journey Begins is her first novel. Purabi has a BA with hons in English literature from Ranchi University, India. You may also wish to check out What Will it Be This Time, a book of personal essays by Purabi Sinha Das and available on Amazon.