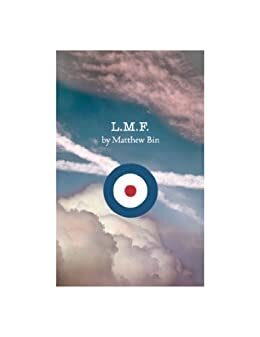 If a soldier today is suffering from post-traumatic stress disorder, he or she gets counselling and therapy and treatment. In World War II, it was a different story. Bomber crews were especially horribly treated, in a system that used threats and psychological bullying to make the airmen -- many of them not yet twenty years old -- climb the ladder again and again to do their almost impossibly dangerous job.

At twenty years old, with twenty-seven missions as a Lancaster bomber pilot under his belt, Del Aucoin is a seasoned veteran of the Second World War. But the strain of flying a bomber over Germany night after night has taken its toll, and Dell chooses to stop flying before he gets himself and his crew killed.

Del's superiors give him his orders: fly again, or face humiliation, imprisonment, and disgrace. Del has to choose between his own sanity and the safety of his crew, between his closest friends and his own life. And once he makes his choice, the long, slow train ride towards his ultimate fate begins.

Based on real accounts of the bomber war, this psychological thriller offers a unique understanding of the airmen who fought one of the most devastating battles of WWII.

Del shoved the stick forward and to the left, even before Bobby had finished shouting “Corkscrew port, go!” in the intercom. Fighter, four o’clock, and Del was flipping his Lancaster bomber over on its back and diving off into the night.

He pulled up and levelled off. “Still there,” Bobby, the tail gunner, said, his voice controlled at first but going up at the end, gunfire in the intercom while he spoke. “Corkscrew port, go!” Del pushed the stick and the bomber turned over, spinning on its wingtip, straining to tighten its turn, degree by excruciating degree.

“Fanny, he’s gonna be on our eleven, get ready,” Del warned, trying to sound calm and in control, but barely able to draw enough air to shout into his mic. Suddenly he pushed the stick to the other side, the plane righted itself like a boat finding its balance on the water, and Del could see the flashes of Fanny’s gun turret at the front of the plane.

“Okay, Fanny. Look for him.” Gunners always thought they hit their targets. In the moonless night over Germany, there was no way to know unless the fighter miraculously burst into flame in front of you. It was important to play along, though, to make the gunners feel appreciated; he knew Fanny had fired his guns exactly twice, in four or five hundred hours of flying.

“I know.” Del scanned the sky.