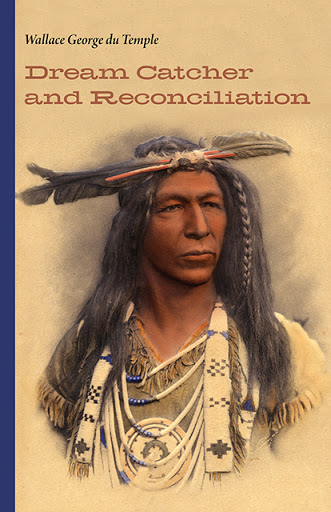 Wally du Temple, who was a social worker during the Sixties Scoop of aboriginal children, presents a convincing case for the need of reconciliation with First Nations and also with Mother Earth....

"In Dream Catcher and Reconciliation author Wally du Temple transforms a memoir for his grandson into a cry for justice for Indigenous people and our earth. It is a story from someone who knows. He was a social worker who witnessed the 60's Scoop -an action that has "never ended- only the destination changed. Instead of sending indigenous children to white families, the government has sent a generation of Indigenous children to jail."

"It was the early sixties and the imprisoned Mandela is an icon to progressives. The brief reference to the letters both to and from Nelson Mandela regarding the future of democracy in Africa reflects Wally du Temple’s youthful awakening to the lack of social justice for so many. Clearly Dream Catcher and Reconciliation has gestated for decades, yielding a mosaic of both memories and experiences, interlaced with snapshots of First Nation history. His outrage at the neglect and treatment of First Nations in northern British Columbia in the early sixties is palpable. Though the personal is always present, Dream Catcher is a far-ranging description of some of the dynamics of the sixties scoop in northern B.C. and how du Temple and other social workers struggled to alert the province to the tragedy that was unfolding. It touches on the tragedies that befell First Nations as they encountered European expansionism, as well as elements of indigenous cultures that were so important for survival. Many will disagree with du Temple’s conclusions as to the reasons for the many tragedies that befell First Nations, as well as his prescriptions for reconciliation. Nevertheless, it is worth a read, as it is thought provoking and one can not help but come away with a better understanding and empathy for what is currently Canada’s paramount social issue. Respect for First Nations is evident throughout the book. And as a colleague recently said to me, the journey of reconciliation must begin with respect. "

Elizabeth May, leader of the Green party of Canada wrote:

“This manuscript is quite extraordinary… Particularly powerful is the episode of his time as a scoial worker at the Sacred Headwaters of northern British Columbia. Wally’s courage in being a whistle blower to expose government neglect and abusive policies toward the Tahltan Nation is an important piece of our history.”

"Wally du Temple is a storyteller par extraordinaire, and he has a treasure trove of tales to draw upon, from dog-sledding misadventures in the Arctic to whistleblowing on the Sixties Scoop as a social worker in northern BC. The book is part memoir, part essays, part letter to his grandson, and one hundred percent packed with passion and insight." 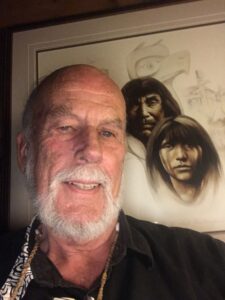 Wallace George du Temple graduated from North Saanich High School in 1959. He studied and graduated with a degree from UBC and a teacher’s certificate from the U of T. His Dad was the commanding officer who oversaw the building of the Victoria International Airport ( The RCAF Patricia Bay Air Station ) in 1939. Since then the family has planted firm and caring roots in peninsula soil. They call it home. Wally has had several careers; as a social worker, as a teacher, as a safari outfitter, and as a golf course manager. He is a writer, a photographer, a canoeist, a riverboat man, a horseman, a carriage driver, a dog team musher and a sailor. Throughout his careers and hobbies, he has kept diaries and journals and letters to his Mom that he now uses as a source for his writing. Other books by Wallace George du Temple include: ARDMORE: Home, Community and Golf and Dream Catcher and Reconciliation.