Our 2014 Literary Awards Banquet & Gala promises to be filled with stellar speakers, shortlisted authors, exceptional food and merriment for all our gala guests!

Tickets for the awards gala are $60 each and includes a four-course dinner and evening entertainment. A portion of all ticket sales will go to Beautiful World, an organization that sponsors students, specifically girls, by providing them with scholarships through secondary school education. These donations profoundly impact lives by funding, supporting and encouraging education for children in the developing world.

Join us the evening of June 21 with master of ceremonies Terry Fallis, and our special guest speakers Susan McClelland and Mariatu Kamara.

Stay tuned for the announcement of our short-listed authors coming soon!

Tickets can be purchased by calling our National Office at 705 325 3926, or via email admin@canadianauthors.org.

Terry Fallis is the author of The Best Laid Plans, winner of the 2008 Leacock Medal for Humour, and the 2011 CBC Canada Reads crown as the “essential Canadian novel of the decade.” A six-part television miniseries based on the novel aired on CBC starting in January 2014. As well, Touchstone Theatre in Vancouver has The Best Laid Plans in development as a stage musical.

The sequel, The High Road, published in 2010, was a finalist for the 2011 Leacock Medal. His third novel, Up and Down, hit bookstores in September 2012, debuted on the Globe and Mail bestsellers list, was a finalist for the 2013 Leacock Medal, and won the 2013 Ontario Library Association Evergreen Award. All three of his novels are published by McClelland & Stewart. The Canadian Booksellers Association named Terry Fallis the winner of the 2013 Libris Award as Author of the Year. M&S will publish his fourth novel, No Relation, in May 2014.

He blogs at terryfallis.com and his twitter handle is @TerryFallis. 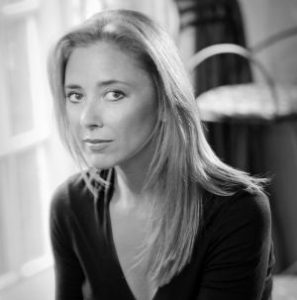 Susan McClelland‘s writing has appeared in many of the top publications in Canada, the United States and the United Kingdom, including Times (London), Glamour, Marie Claire, MS, The Guardian, Elle, The Walrus, Daily Beast and Reader’s Digest. Her books have been published in more than 35 countries. And she is also involved in documentary filmmaking.

While Susan can write on virtually any topic, she has particular sensitivity to human rights and environmental issues, domestically and internationally. Her social conscience comes with some history. Her ancestors include Scottish Methodist ministers, one of Canada’s first feminists and individuals who helped form the United Church of Canada and Queen’s University in Kingston.

She is the winner of the 2005 and 2008 Amnesty International Media Award for excellence in human rights reporting. 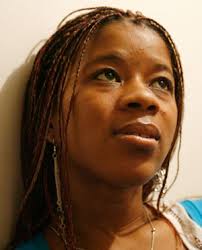 Mariatu Kamara was born and raised in the West African nation of Sierra Leone. Her harrowing experiences as a child victim of war and its aftermath are the subject of her memoir, The Bite of the Mango (2008).

Today, Mariatu is a college student in Toronto. She was named a UNICEF Special Representative for Children and Armed Conflict, which involves speaking to groups across North America about her experiences. Prior to her UNICEF engagement, Mariatu spoke publicly for the nonprofit group Free the Children. She has also traveled extensively speaking to high school students and organizations about her physical and emotional journey from a child victim of war in Sierra Leone to a successful author, public speaker and student in Canada. She was recently honored in New York City with a Voices of Courage award given by the Women’s Refugee Commission.

Her professional goals for the future include working for the United Nations, raising awareness of the impact of war on children, and running her own foundation to raise money for a home, and eventually many homes, for abused women and children in Sierra Leone. She is also planning on reuniting several members of Aberdeen’s theater troupe, which she credits with her personal healing. She would like to make this an ongoing project so that she can share with youth the peacekeeping skills that she is learning through her own work with UNICEF and others.